“Eternal Albania, bearing its tragic destiny with dignity, as he had come to know it not only from its epic poetry but also from the inn up there” – The File on H, Ismail Kadare

It’s not the church bells that ring in the beginning of a new day, but the familiar methodical toll of cow bells. The cows – with their slow bovine sway and persistent grazing – seem to chime in the passing of quiet minutes and hours. Time is different in the northern Albanian mountains. Or at least that’s how it seems, here where only the relentless gushing of a spring tap lays claim to any movement, any progression forward at all.

In Albania, as in many countries, the day’s nourishment begins – not at the stove – but at the cow. Every morning, the cows are milked into pails, the creamy froth hauled into the kitchen and poured into a large pot to heat, while the cows themselves take their familiar paths out to pasture to graze on the wild herbs and grasslands that grow on Albania’s hillsides (more on that here). Glasses of warm milk are set on the table for breakfast while the rest of the milk is cooled. Sometimes it’s left for the cream to rise to the top to churn into butter, sometimes culture is added to make yoghurt. Most often, it’s curdled into cheese. 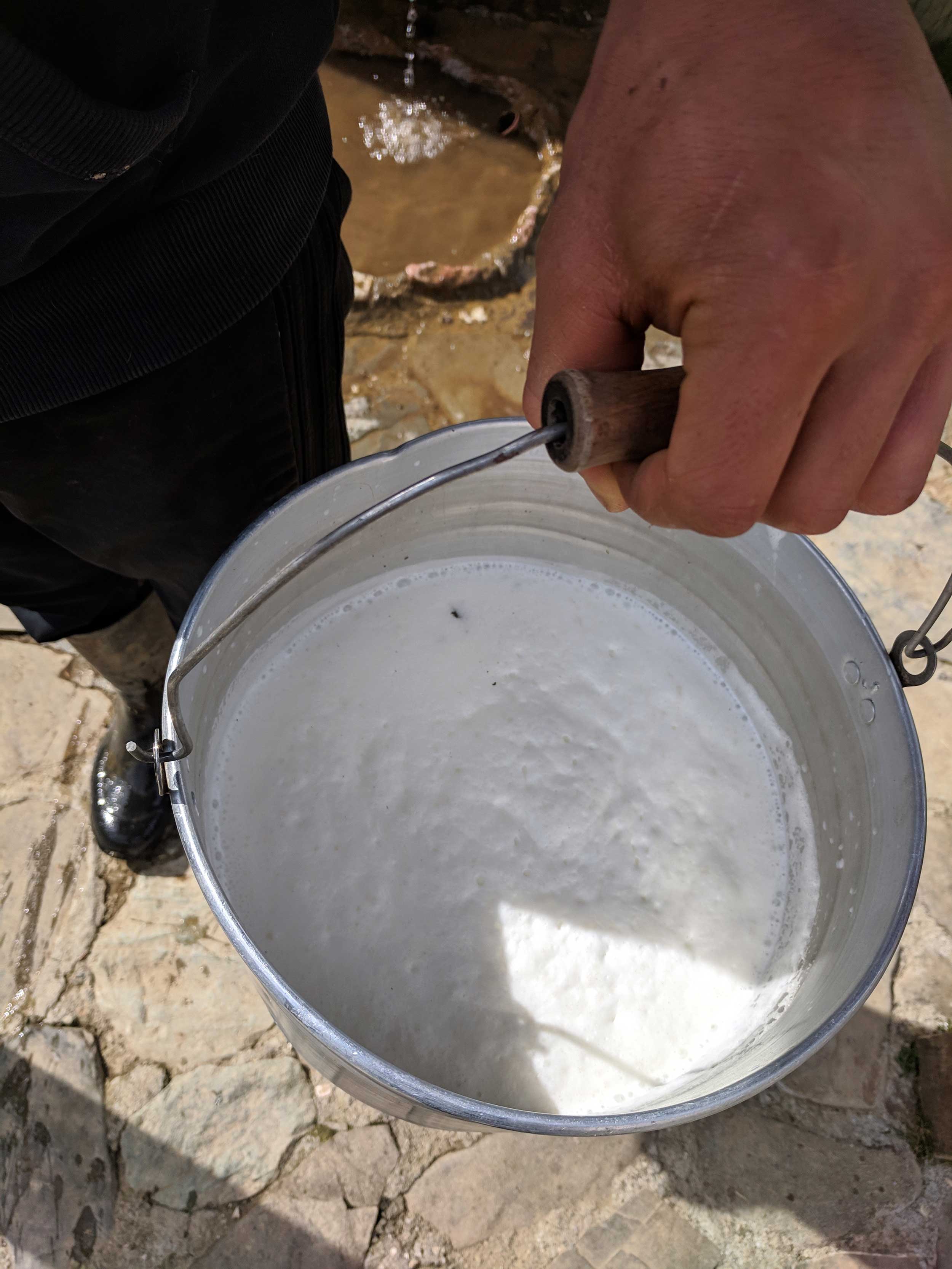 It’s cold during the April mornings we spend in Lepuche – a small, sombre village of about 30 red-roofed houses, thrown like dice into the basin of two hillsides. A river runs through it, pushing onwards towards the snowy caps of the higher mountains beyond. With little heating in the rest of the guesthouse, we find ourselves in the kitchen where the milk is already cooling, a thin skin forming on its surface, on the wood-fired stove. Next to it, the cat has already staked the best spot. Our host is a young guy of 22 in charge of running the family business. Every morning, he makes breakfast: freshly brewed coffee, cinnamon-suffused eggy bread or deep-fried fritters. He sets out pots of blackberry jam, home-churned butter and honey to eat alongside them, and without fail, at least three types of cheese. 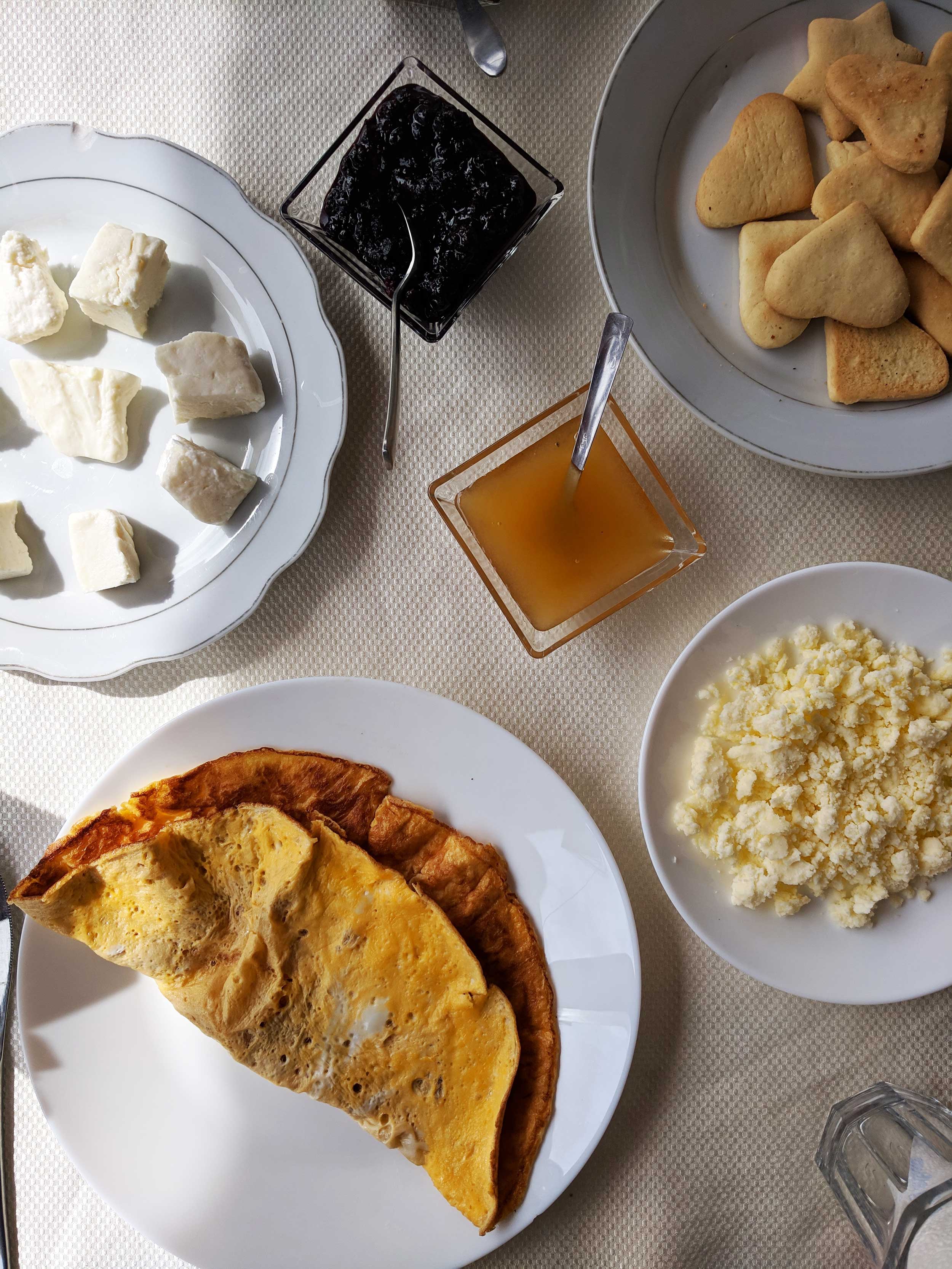 Fresh, tangy, salty white cubes, some more fermented, some tangier, some salty, some creamy, some more dense. There is cheese that is so smooth and creamy that I mistake it for butter (I now think it was Maza; made by separating the cream from the milk, salting it and preserving it in the dried skin of a lamb or kid). There is also hard, crumbly, Parmesan-like Mishavin, which is so good it earned a place on the Slow Food list of protected cheeses and a dedicated slot on Radio 4’s Food Programme. Mishavin is made from a mix of cow, sheep and goats’ milk, pressed and dried outdoors for a week during the summer, then crumbled, salted and aged in cellars and caves for two months.

The cheeses that I describe are particular to the northern region of Albania that borders Montenegro. Here most families rely on their animals’ milk and its preservation into cheese for the winter. Although the roads are now fairly easy to drive on, these isolated villages, which cluster anywhere between 200m and 1250m above sea level, survive on centuries-old traditions making use of the food available without relying on imports from the cities or sea. I’ve seen similar habits and customs in the Caucasus mountains of Georgia. Those traditions are fading as roads improve and as more people migrate abroad to Italy or the US.

Still, milk – and by default cheese – is the foundation on which much of Albanian cooking has structured itself. In the mountains, we ate Dauphinoise-style potatoes thick with cream and cheese and home-cured bacon. Pickled peppers came doused in fermented cream and garden-picked salads came speckled with bouncy cubes of fresh cheese. 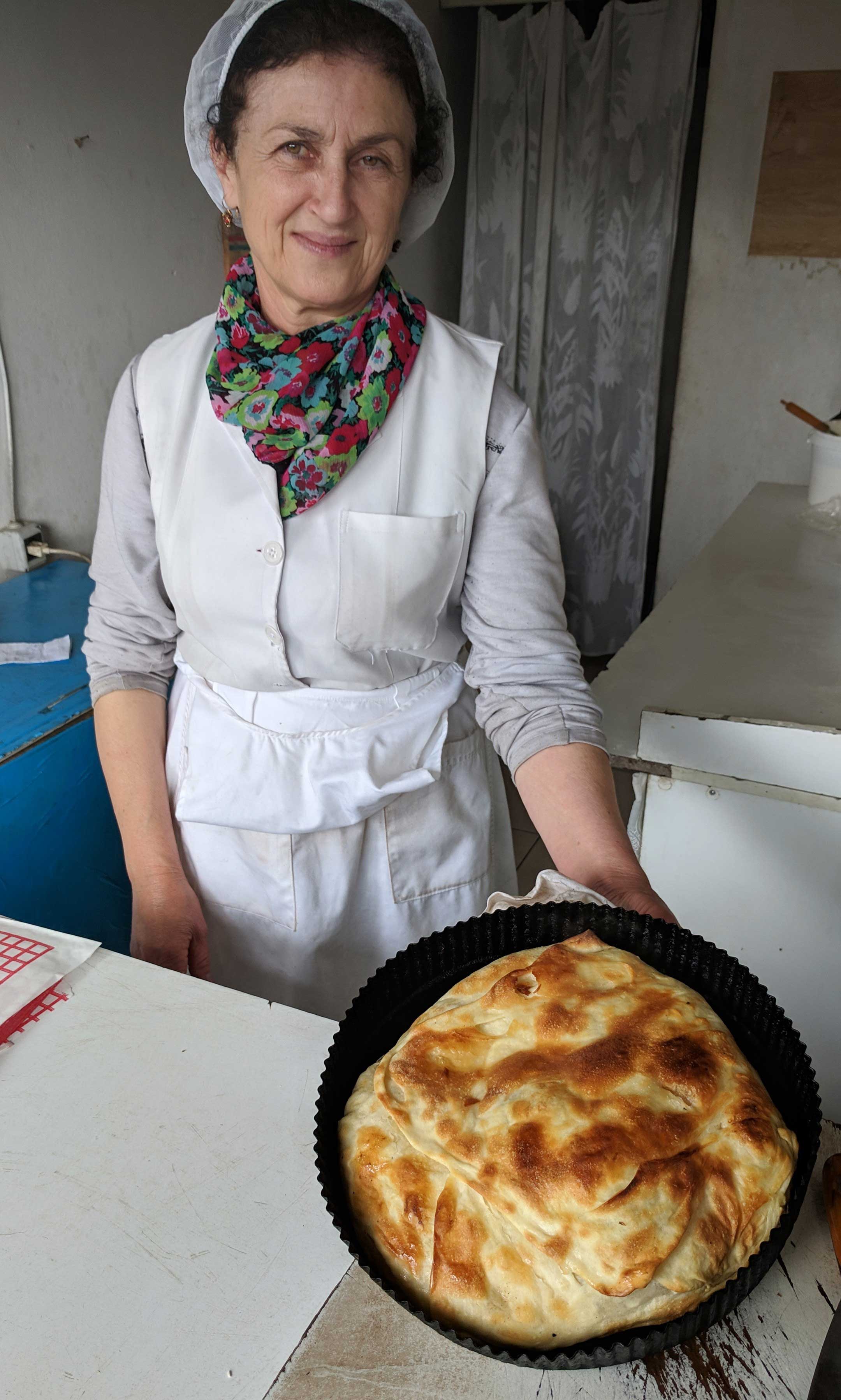 We left the mountains after several days, driving southwards towards Tirana, stopping occasionally for a strong coffee or to take pictures of goats. In one small town, I ate one of the best cheese byrek I’ve ever tasted. I watched this lady make it in her tiny shop with only a small counter and a portable oven. She span out sheets of dough until luminescently thin, then piled the sheets one on top of the other, spooned over fresh salty creamy cheese, then folded the sheets into a round tin. We stood around, counting the minutes until the baked byrek emerged, golden and piping. I scoffed the crisp pastry straight from its white paper bag, thinking about the mountains and the cows, the wood-fired stove warming our hands and the pot of milk waiting to become cheese.