The other reason women wanted daughters was to keep their memories alive. My mother and my mother-aunties told me endless stories about themselves. No matter what their hands were doing – holding babies, cooking, spinning, weaving – they filled my ears. – The Red Tent, Anita Diamant

This is to heal a sore throat, you drink it like a tea. This to help a cold, that to dye clothes. This is just bello. Donika and I are walking up and around the hillsides of Ulez; a small lakeside village in central Albania where she has lived all of her 55 years. She has black dyed hair and wears bright lipstick and eyeliner for the occasion, a decorative yellow scarf tied around her neck. I get the impression it’s been a long and slow winter in this quiet part of the world, where passing visitors are a welcome interlude. We pass garden after garden with their sloped, neat rows of spring onions, spinach and lettuce, and the tentative springtime buddings of corn, beans and tomatoes. Cockerels strut about, hens pick at the ground. Cowbells sound on the wind. Grapevines hang lazily on crooked branches. To me, it’s idyllic.

We meet Donika’s mother sorting through a stack of wood. She smiles at me curiously, wondering I guess why this young foreign woman is so interested in her tomatoes. She wears a flowery scarf tied around dark hair, which she pats self-consciously when I suggest a photograph, but she puts her arm around me warmly all the same. She’s 84 and grew up in the valley across the way.

They lived through what Donika later explains as the harsh communist era of Enver Hoxha’s dictatorship when up until 1990, Albania was all but cut off from the rest of the world. Tense relations with neighbouring Yugoslavia and later the Soviet Union put the country in a vulnerable position. Political executions were systemic and the fear of invasion a real threat. Even now you can see the remnants of that fear in the derelict concrete bunkers that cover the countryside like wild mushrooms (a grand total of 173,000!). Back then, Donika, her parents and five siblings lived in what is now their cow and chicken shed. A makeshift wooden structure set up on the hillside. There was barely any electricity then, water was supplied from the hillside springs. Food was rationed. Times were so different it seems, and they agree. 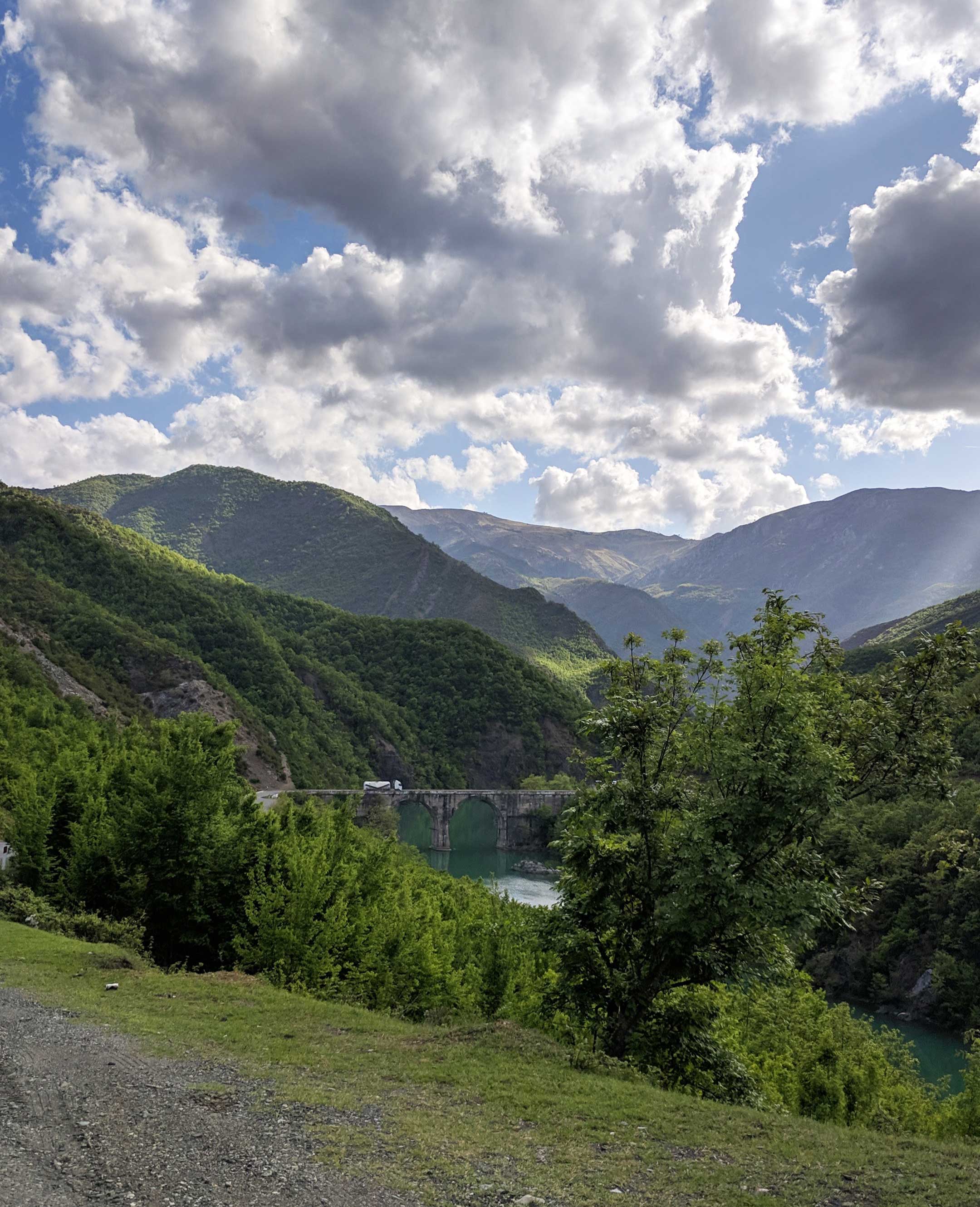 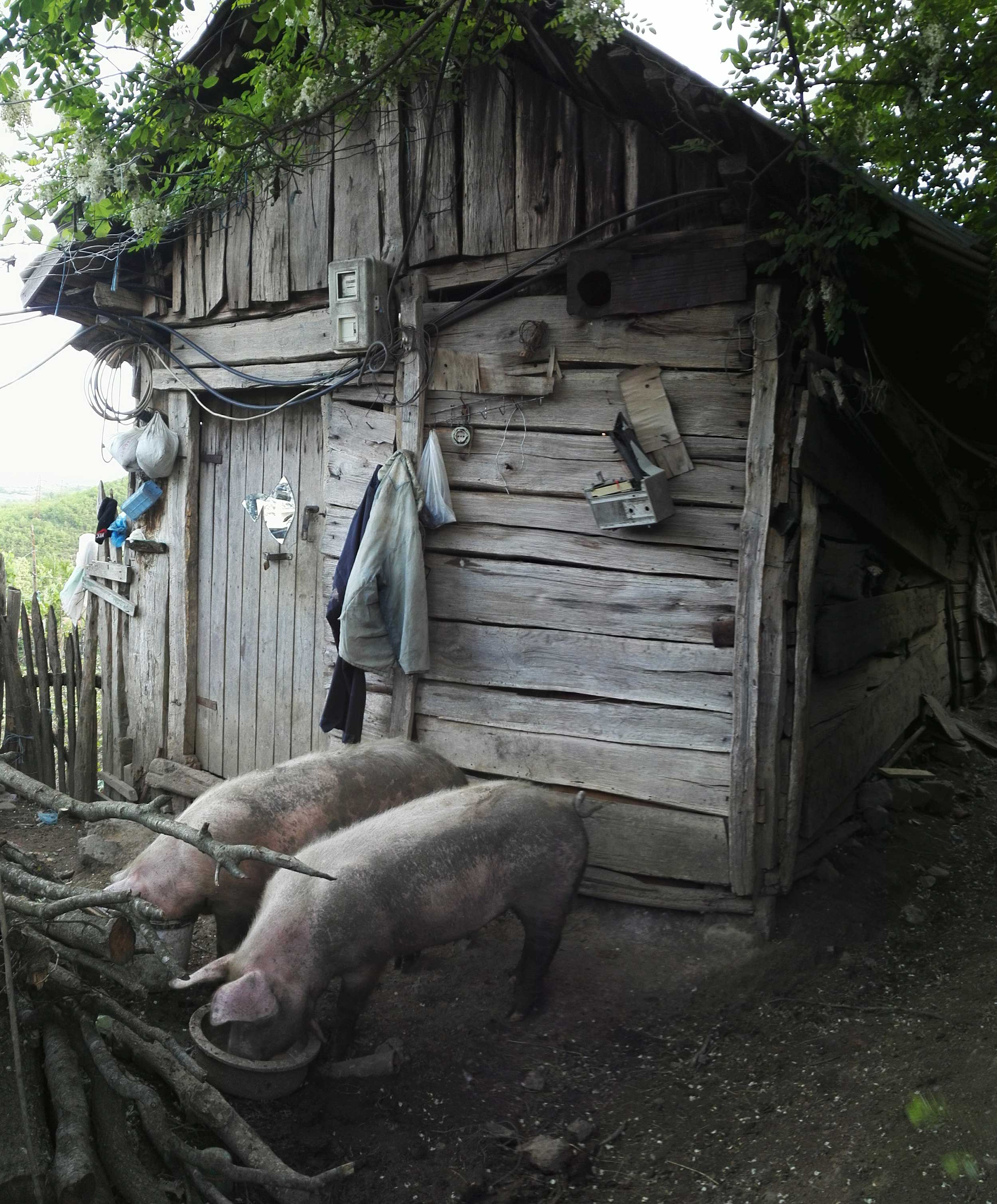 As we continue our walk, Donika and her mother pick off leaves and flowers, attempting to describe their uses. We speak in broken Italian, Donika translating her mum’s Albanian. From what I gather, they used to collect plants in large bags to sell on. Apart from the wild thyme, clover, diverse mint, wild strawberries and berries that they pick to ferment into the local firewater (raki), I’m still not quite sure what most of these plants are. I’ve put the images at the end of this post. Maybe someone can enlighten me in the comments below?

Albania is known for its diversity of wild plants and flowers, and their medicinal and culinary uses are still well known and used even now. Villagers, I’m told, relied on herbal medicines when alternatives were scarce, and that knowledge still remains today. Few countries in proportion to their size, have such a variety of plants as Albania, and it’s common for people to pick wild greens for stuffing into byrek pastries or adding to soups. In fact, a huge number of people still earn their money from gathering herbs, and in the cities, I often came across older folk setting up stalls on the pavements to sell their foraged and home-grown edibles: nettles and various green leaves, flowers, and the ubiquitous mountain tea or ‘caj mali’ which grows at high altitudes all over the Balkans.

As I’ve written before here, knowledge of wild herbs and how they’re used is something to be celebrated. In today’s times when loss of biodiversity across the world is proving catastrophic for our environment, it’s inspiring to see that not only such diversity exists but that it’s an important part of how people sustain themselves. It’s that understanding of nature and what it can provide that we would do well to preserve in today’s changing times. 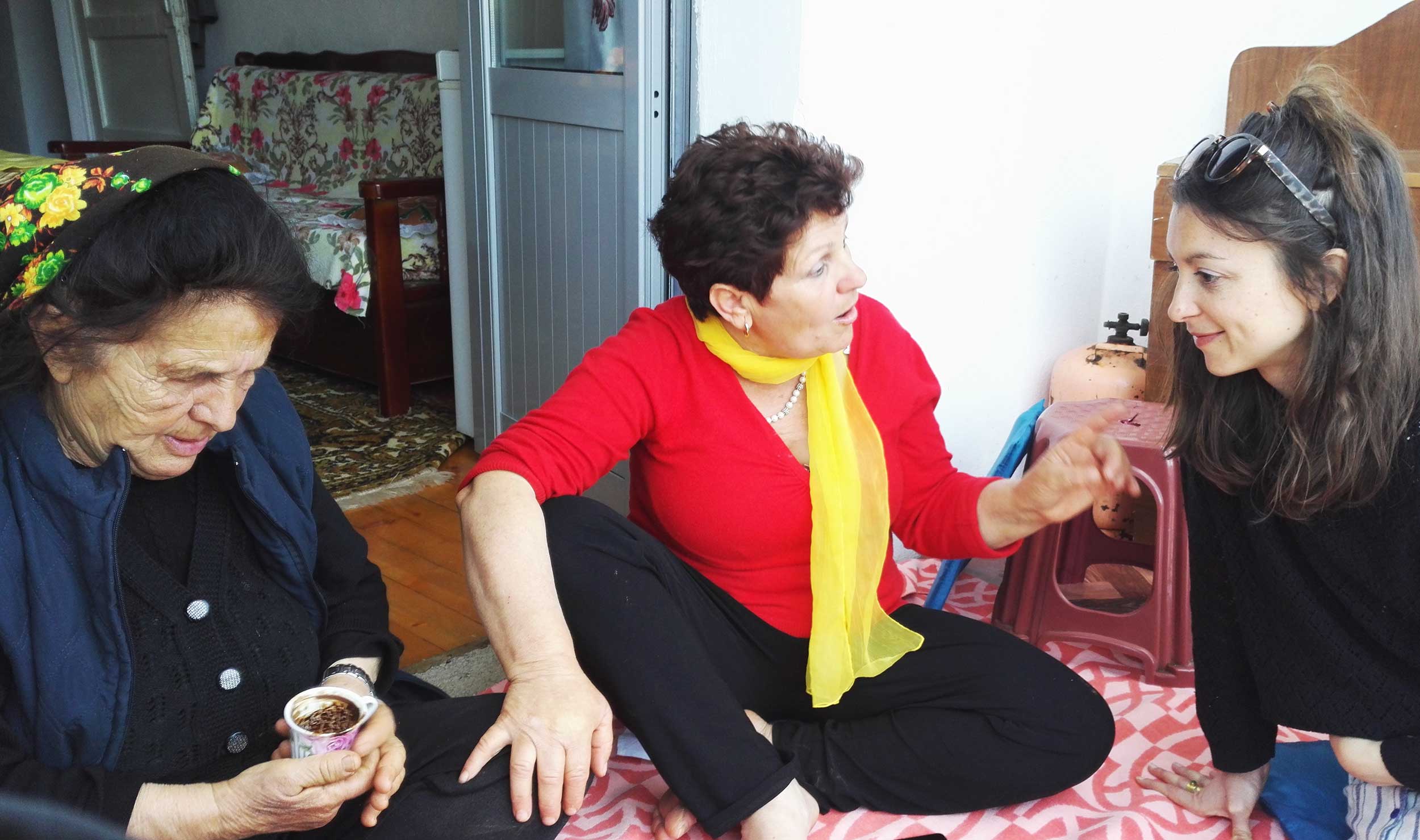 Back in Ulez, we’re invited into Donika’s mother’s small flat in the village. A pink rug has been laid out on the balcony and we sit on the floor. Her husband watches a programme on a small boxset, a small glass of raki in his hand. Donika prepares black Turkish coffee, which she brings out on a plastic tray in little cups on blue-rimmed saucers. With it, a plate of apples and knives for cutting them, a box of dates and a shot each of homemade raki, poured from a big plastic Fanta bottle.

It’s warm, and the coffee and heat from the raki make my head swim and turn. Donika’s mother overturns my coffee cup, then peers into the murky dregs of my future and asks her daughter to translate. She says some vague things about illness and friends, about love and fortune. I can see forested hills in the distance and the blue-blue lake mirroring them and the darkening sky above it. Beneath us a couple of mangy cats prance about in a rubbish bin, a group of men pass their boredom in plumes of smoke. Maybe it’s the raki working its way through my veins or the strong coffee or the old Albanian lady who looks at me with laughing eyes, or her daughter swapping tongues to translate my future from a coffee cup. Whatever it is, time feels suspended for a moment in this remote village in Albania where everything and nothing feels the same.