Just a quick note to raise a glass and say hello and happy Christmas to you all! This is me pretending I’m still drinking cognac in Armenia, when really I’m sat on my mum’s sofa not doing much. Please indulge me for just a moment.

Coming home from a six-month trip across the “wild east” has been a strange transition, but I won’t go into that just now. More to the point is that Armenians make amazing cognac. Who knew? And they like to eat slow-cooked pig head soup for breakfast. Which is what we were doing in this picture alongside a few shots of cognac. It was about 10am. 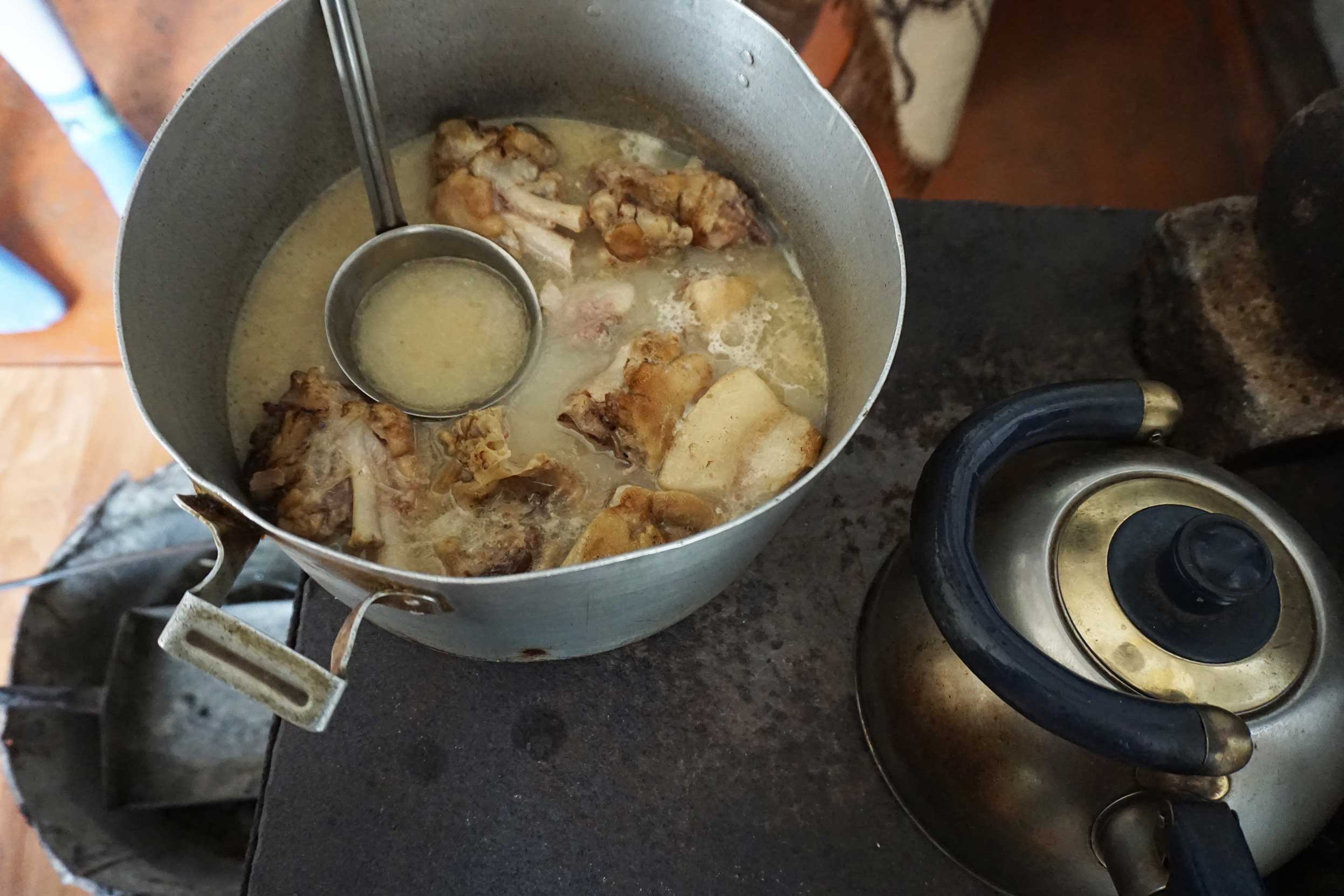 Khash is a national treasure in Armenia. They love it. It’s made by boiling cow, lamb or pig trotters and often the head overnight until it makes a thick, pungent broth (khash actually translates as ‘to boil’ in Armenian). No spices or herbs are added so you end up with a pure animal taste. I’ll admit now that I found it hard to stomach, although I’m told it’s an acquired taste and I should just man up. OK point taken. 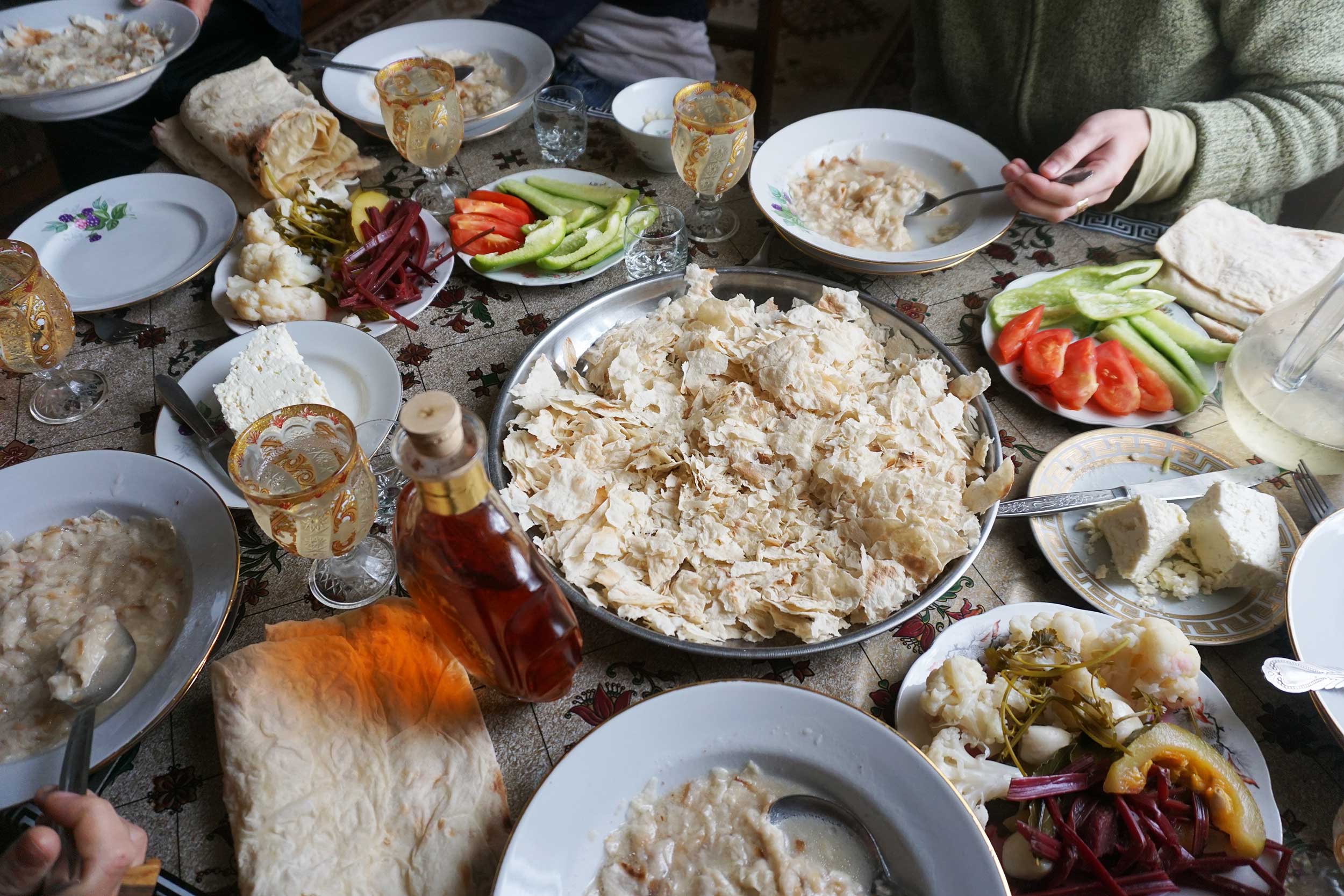 The broth is then ladled over a bowlful of thin, crispy lavash bread. Armenian lavash is typically hard and often made in bulk to be kept for a month at a time. In this case, the staler the better to soak up the hot liquid. A spoonful of minced garlic is added to what is by now a thick sloppy soup, which you eat with pickles and briney cheese on the side. Probably up there with the weirdest breakfasts I’ve ever eaten.

Still now, despite it’s poor man’s origins, khash is a celebrated part of weekend and festive breakfasts in Armenia. The bits of the animal that would otherwise be wasted are boiled down until every last bit of nutrition and flavour is extracted. That is nose to tail eating right there. Stale bread is revived, the winter’s pickles opened and cognac (or often vodka) is downed.

Everyone is left full and drunk. The end.