Armenia. What a beauty.  We’ve arrived in the south after getting a straight three-hour ride to a roadside in the middle of nowhere. The sun is shining, turning arid landscape golden. Some men sell potatoes. Me and my new travelling companion, Cina, are trying to get to a village, some three kilometres from here. We wait barely five minutes until another car picks us up. It drives us through sweeping brown, grey and golden mountains, the clouds casting shadows on this rare sunny day. 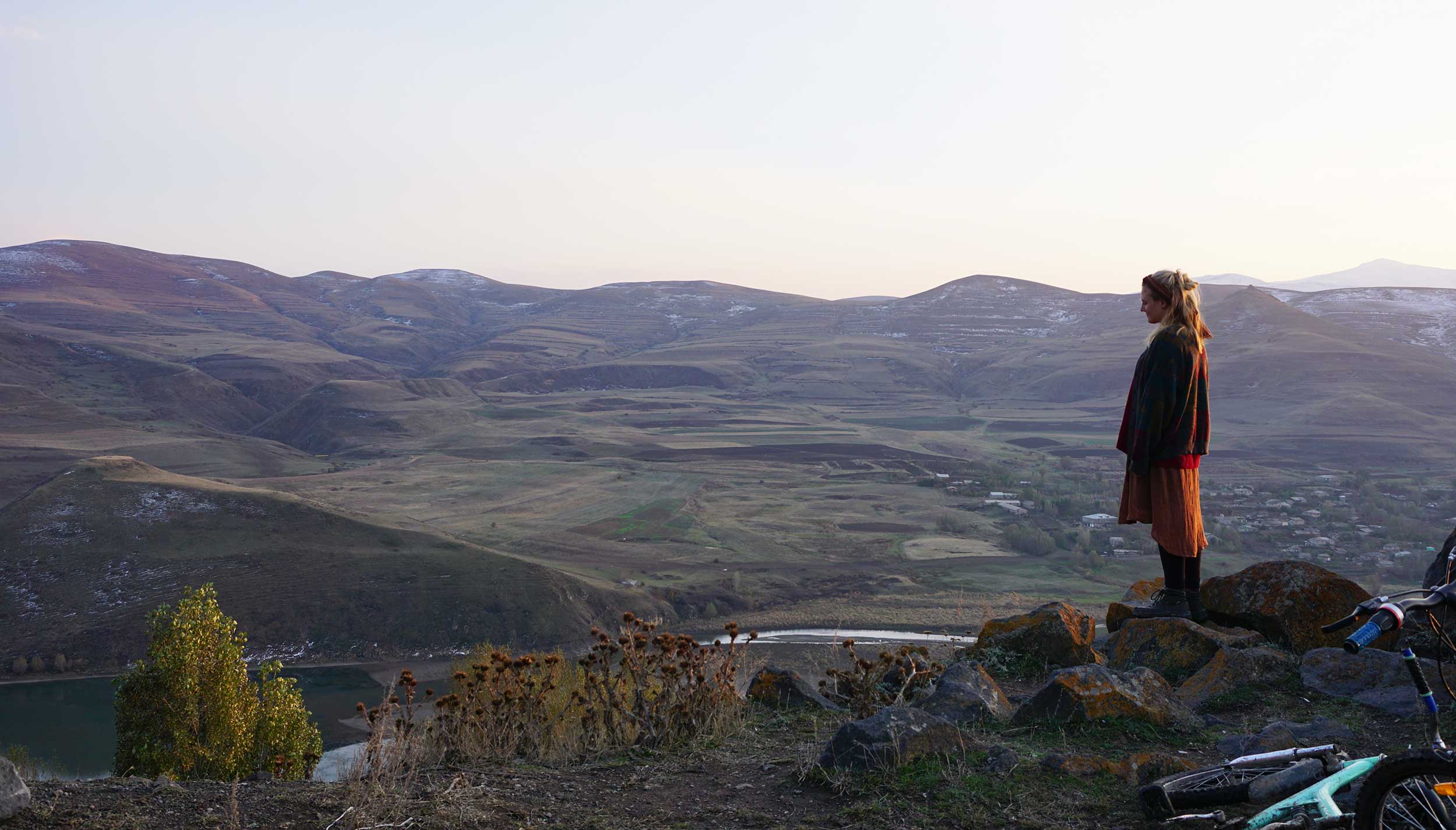 Angreghot is a modest village. The melting snow leaves muddy tracks between houses, hay bales are stacked up for winter, vegetable plots are laid bare, beheaded cabbage stalks stand to attention, chickens everywhere. We’re couchsurfing with Andrea, an American Peace Corps volunteer who has taught English here for two years. We find her house by asking whoever we meet. Every child, old man and shopkeeper pointing us in the right direction. We practice our limited Armenian of baref (hello) and shnorhakalut’yun. By far the most difficult way to say thank you in any country I’ve been to!

In the time we spend with Andrea, her friends and neighbours welcome us in, giving us plates of persimmons and sweet apples, coffee, fresh homemade cheese and crispy thin lavash bread. We eat so well! Their homes, like Andrea’s, are made up of a small kitchen with a gas stove, a wide oven and no fridge. The tap runs continuously to stop the pipes from freezing over. The living area often doubles as a bedroom. A small makeshift stove positioned in the middle, the chimney haphazardly right-angled out the window. With no central heating, we spend evenings huddled up by the fire. Cosy.

One afternoon, we’re invited to make lavash bread with a neighbour. We arrive late. Ofik sits on a crate outside her kitchen peeling potatoes. The lavash is already piled high under a cloth, ready to be stored and eaten for the month ahead. She is brusque and doesn’t smile, and in few words tells us to help her make tolma instead. She is patient and kind, I realise, and also willing to put up with three foreigners in her tiny kitchen watching her cook. 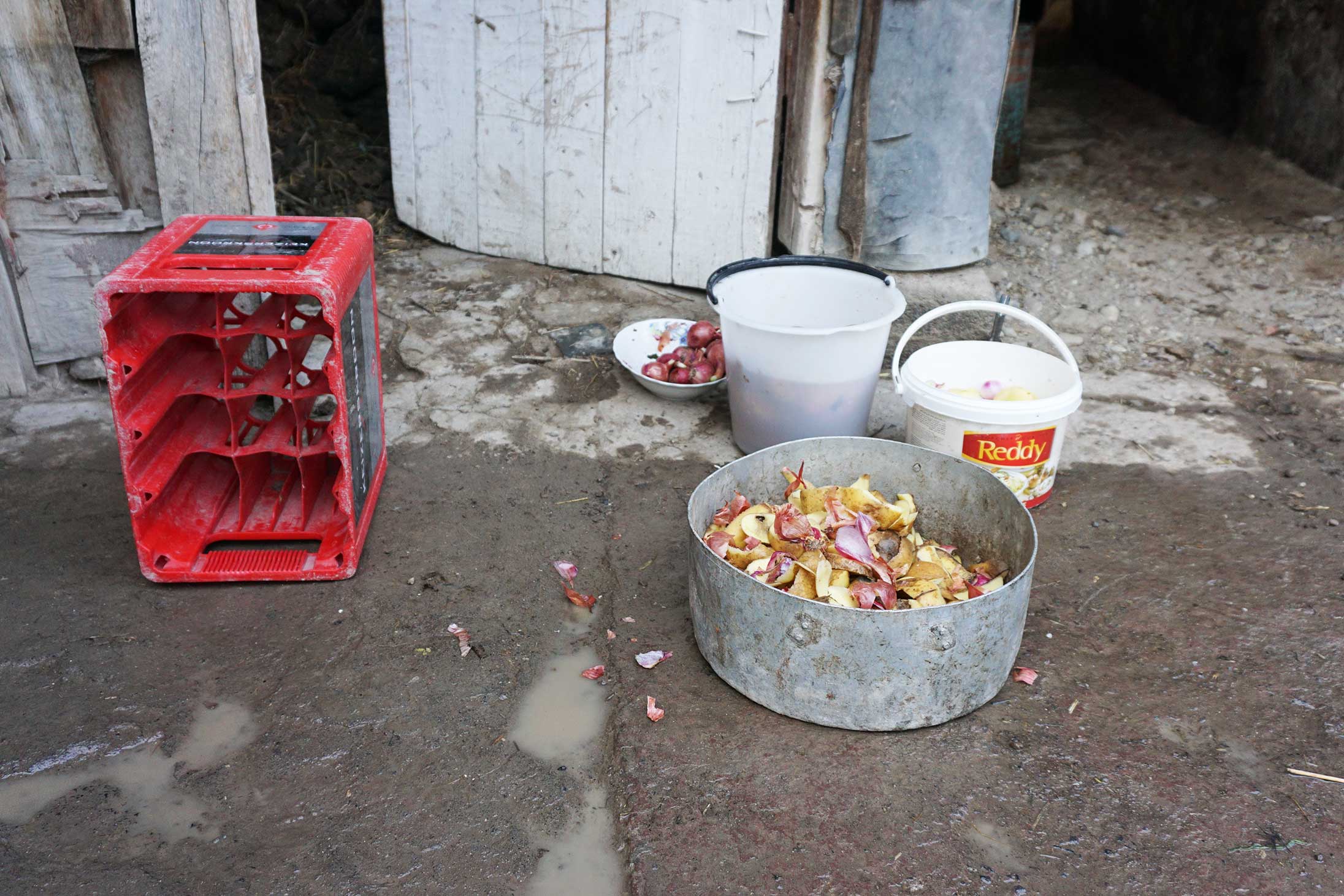 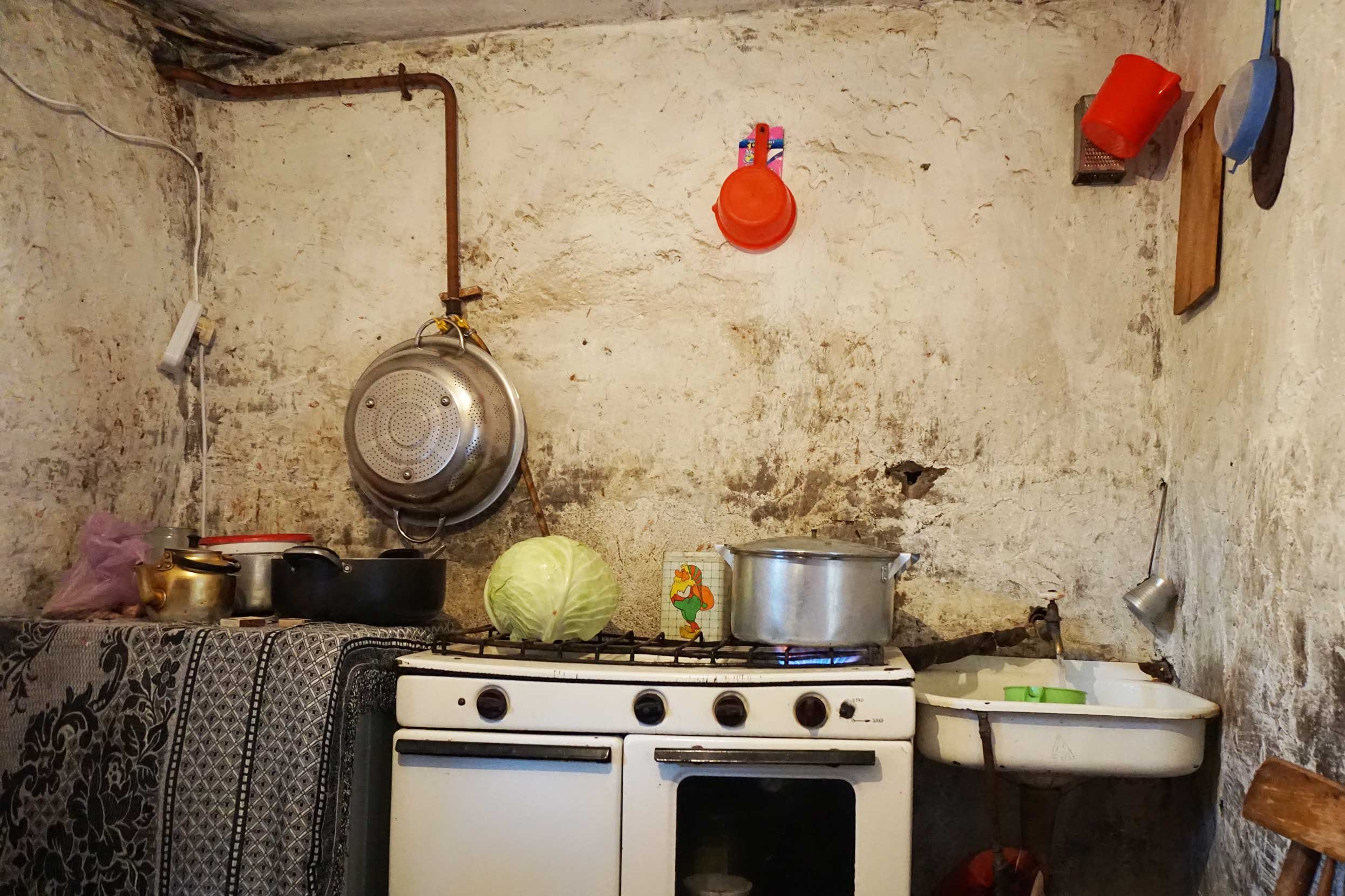 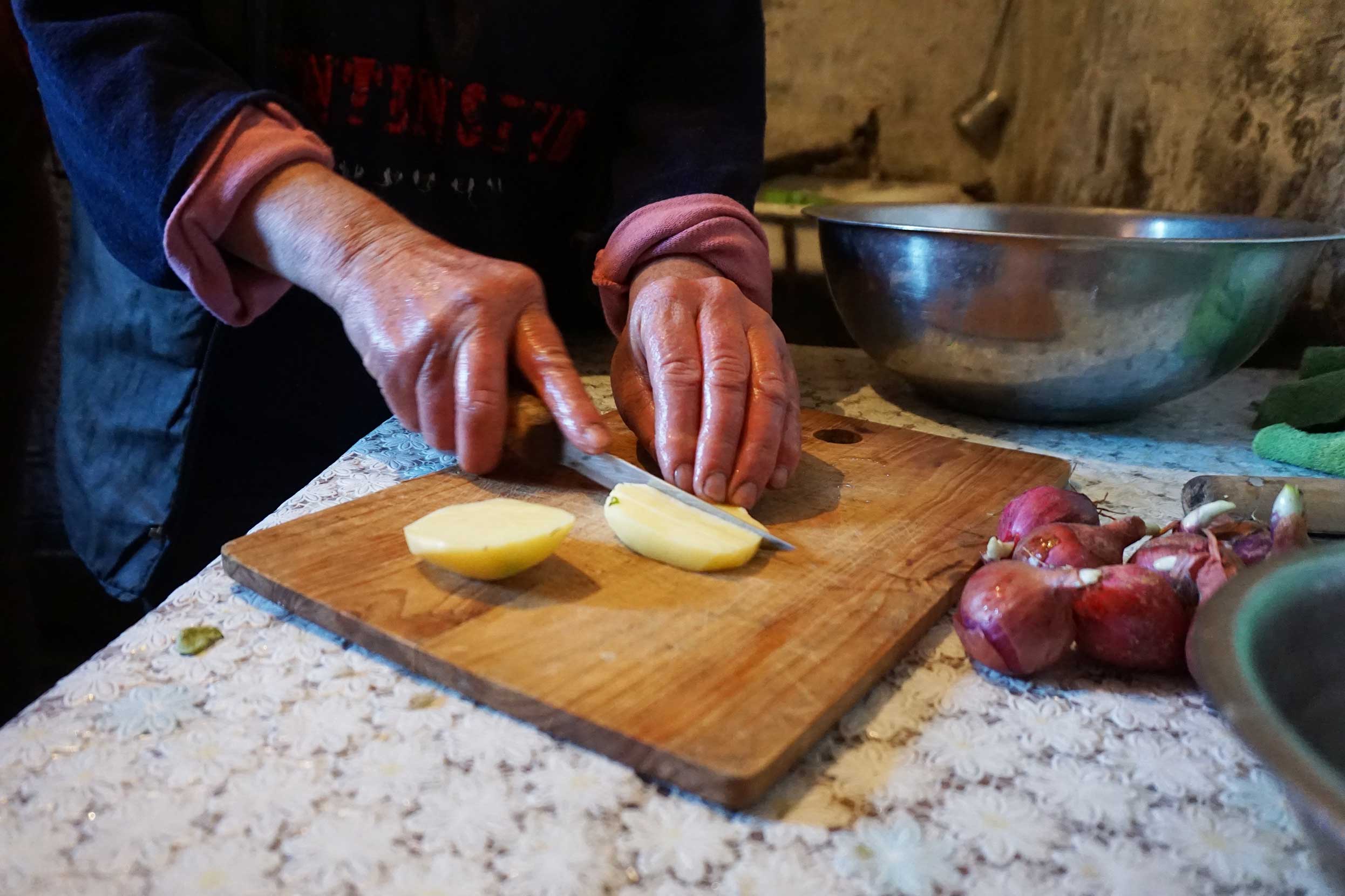 Tolma (or dolma, depending on who you talk to) is widespread in the Caucasus and the Middle East, but Armenia claims it as its own. Tolma is essentially any vegetable or fruit that can be stuffed (tomatoes, aubergines, apples, quince) or wrapped around stuffing (vine or cabbage leaves). The latter is the most common here in Armenia. Tender cabbage leaves stuffed with meat or beans and rolled into neat parcels is something every Armenian woman should know how to do. Ofik is no exception. She is, in Andrea’s opinion, the best cook in the village.

Today, we’re making veggie pasus tolma – a lent classic that most people eat year round. Tasks are dealt: potatoes chopped, onions diced, herbs picked from the garden. She cooks the cabbage whole, then removes the tender leaves to a colander (asbestos fingers required). 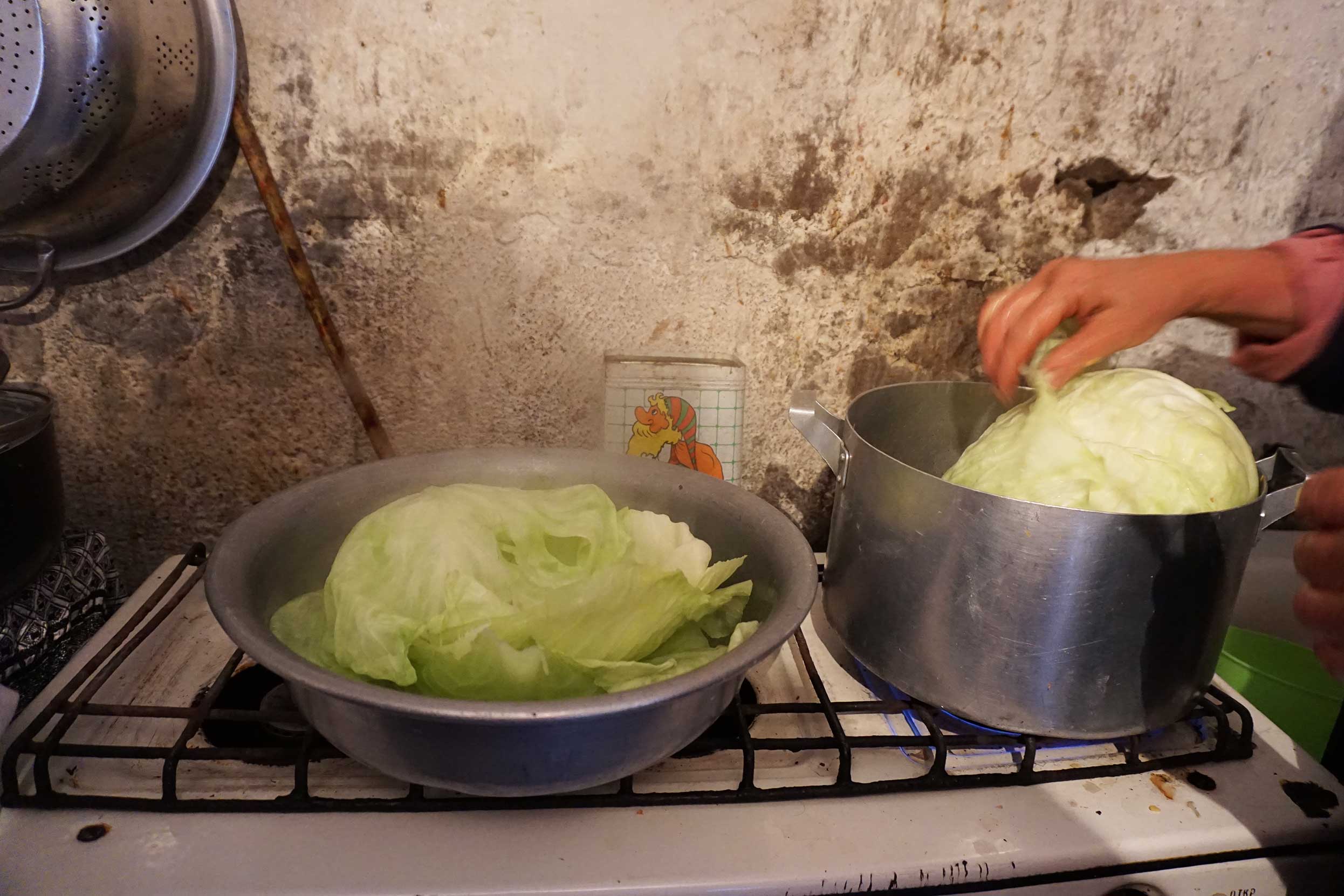 Potatoes, onions, beans, lentils and grains are added to a bowl. Dill, coriander and parsley are chopped and mixed in. More onions are chopped and fried slowly in oil, to which paprika and tomato paste are added. This too joins the pic-a-mix of vegetables. A huge pinch of salt, then mix well. Stuffing done. 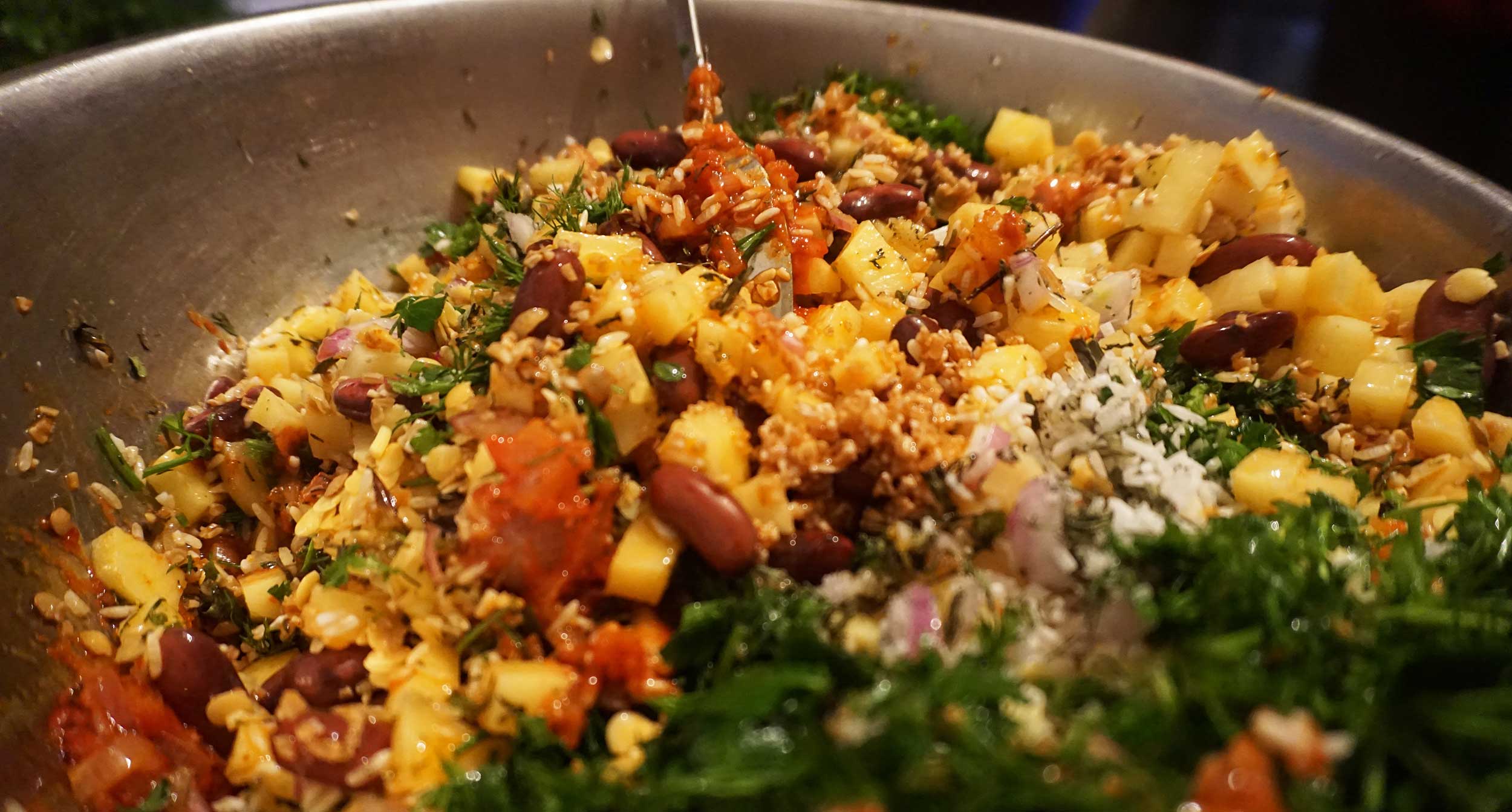 I love this clip of Ofik rolling the tolma. Listen and you can hear her son telling her which way to do it properly. Ofik, of course ignores him. Her hands, worn with years of experience, stuff and roll, stuff and roll.

The cabbage parcels are placed on the bottom of a large pan. Each one packed in to make a neat layer. Apples are sliced into wedges and dotted in at random intervals. These are amazing once cooked, sweet, soft and plump with the cooking juices. If you don’t have apples, use dried fruits, like apricots or prunes, instead – a regular feature in most Armenian dishes, and especially in their amazing buttery pilaf. Keep layering up the tolma until there is no stuffing left. Just cover with water, then simmer on the burner for one hour. 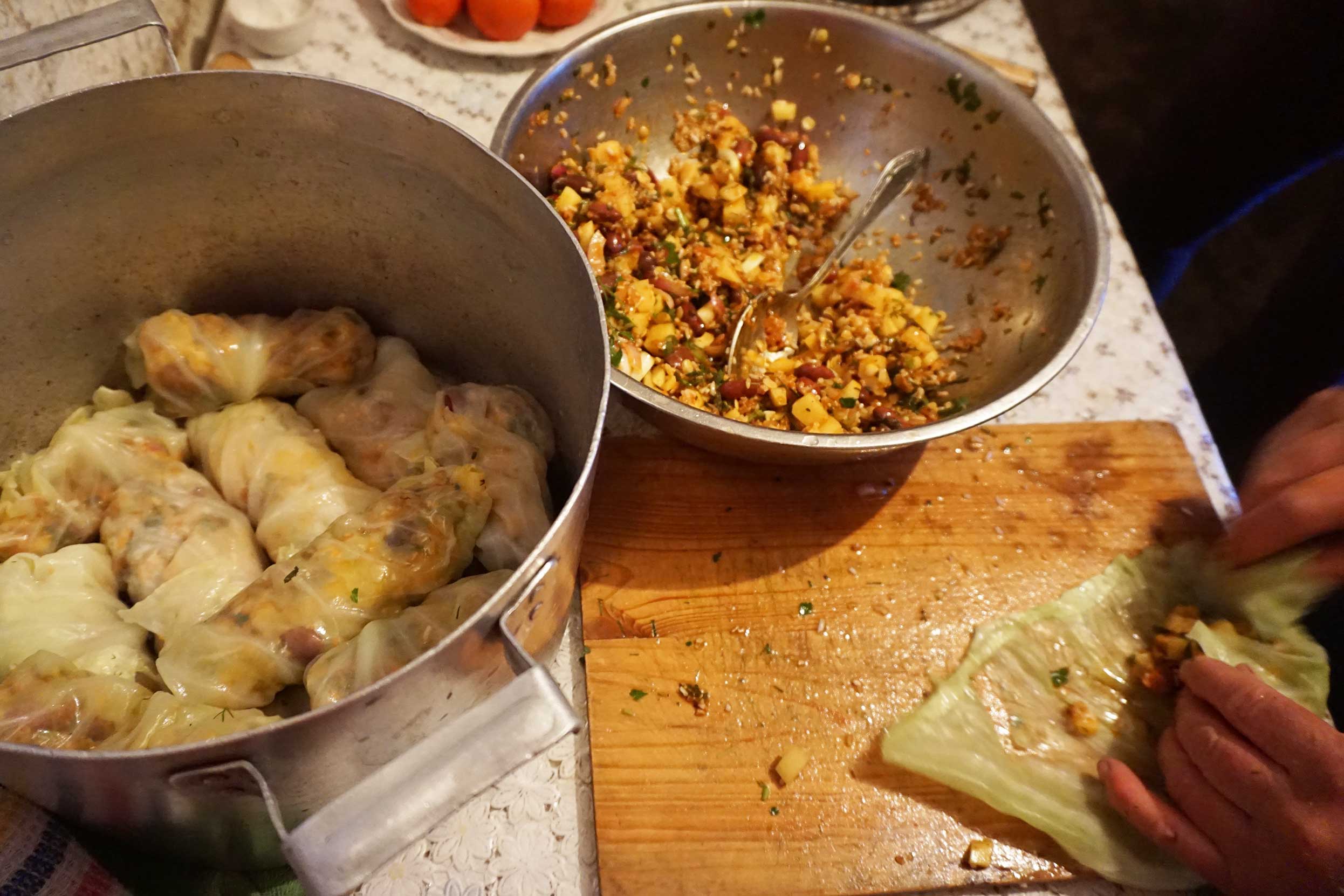 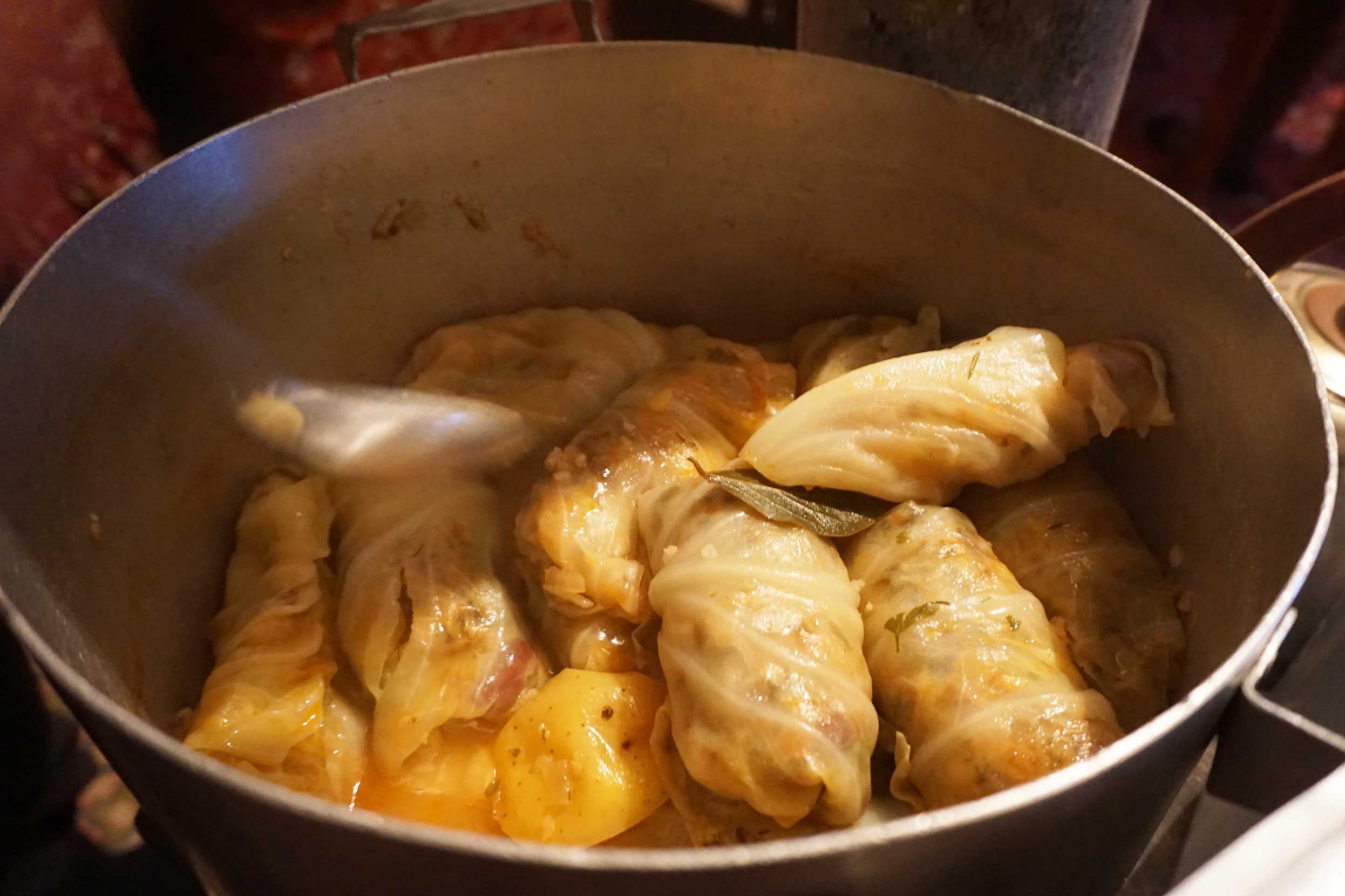 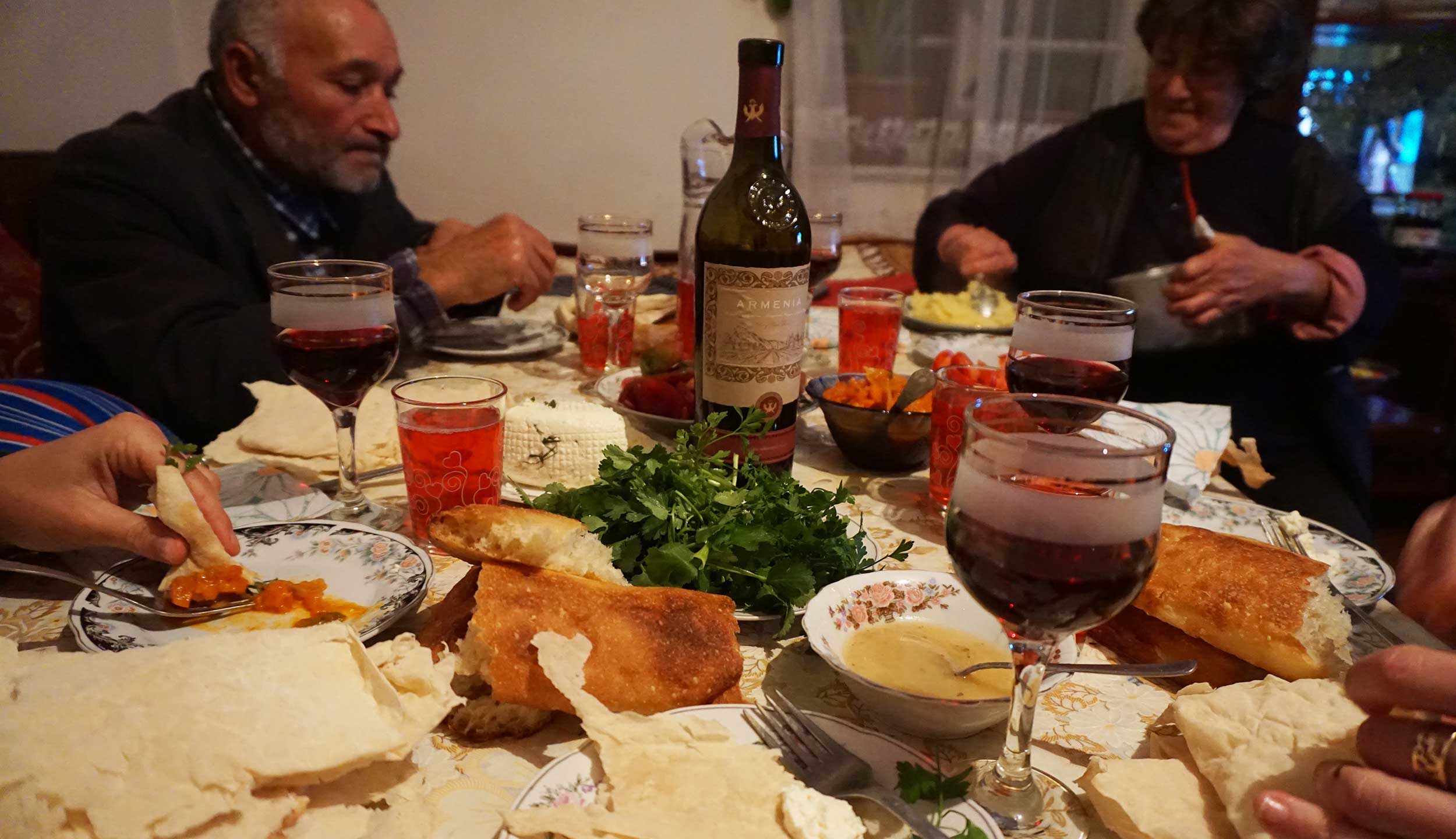 Serve Armenian-style with a full spread of pickles, bread, fresh cheese and herbs, some buttery mashed potato (Ofik is doling it out here), and of course semi-sweet red wine. So so good.

Remove any tatty outer leaves from the cabbage, cut out the core, then place whole in a large pan of boiling water. Cover and cook for 10 minutes, or until the leaves are just tender. Remove from the pan, then peel away the leaves one by one, placing them in a colander. Run under the cold water tap, then set aside.

Heat 1cm of oil in a small pan. Meanwhile, peel and dice the onions, then place two-thirds into the hot oil. Cook over a medium-low heat for around 15 minutes, or until softened. Meanwhile, peel and cut the potatoes into small cubes. Place into a large bowl with the raw onion, beans, lentils, bulgur wheat and rice. Finely chop and add the herbs, including the tender stalks.

Once the onions are softened, stir in the paprika and tomato paste. Leave it to bubble and mingle for a few minutes, then leave to cool slightly. Add the mixture to the bowl with a big pinch of salt and a pinch of black pepper and stir well.

Now stuff and roll. Take a cabbage leaf, shaving away any tough stem, and place on a flat surface. Spoon on the filling in a neat pile, then roll up, tucking in the sides as you go. Place in a layer on the bottom of a large pan, making sure the scruffy bits are nicely tucked underneath.

Keep packing in the stuffed tolma in neat layers. Meanwhile, core and slice the apples into wedges, then dot these between the layers at random intervals along with the bay. Once all the stuffing is used up, just cover with water. Place on a medium heat and simmer for 1 hour, or until the water has reduced and you’re left with tender, juicy tolma. Bring to the table and devour.

Till next time…
If you’re left with extra cabbage leaves, don’t throw them! Stir-fry them in a hot pan with sesame oil and soy sauce, or chop them into a salad the next day.