My brief month in the Istrian region of Slovenia – the south-western part that borders Croatia and the sea – has been a good one. I’ve been busy eating to be honest, and for that reason, I’m sorry for not writing sooner. It’s a hard life! (sorry, someone shoot me).

It’s tricky to pin Slovenia down when it comes to food. It’s surrounded by Italy and Croatia on one side (where I am), and Austria and Hungary on the other, and it shows. Slovenia really has adopted the habits of its neighbours. Someone explained it ‘like a sponge that’s been deep-fried’. There’s around 50 different dialects in Slovenia – often influenced by Italian in the south-west and German in the north – and the food changes too depending where you go. More sour cream and goulash up north, more pasta and polenta down south.

In Istria, denominations of northern Italian dishes reign supreme, but they’re so obviously not Italian. It feels like a warped universe of Italian-not Italian-Italian. Here you get polenta, different cheeses (mostly sheep) and all kinds of egg “fritaja” with seasonal veg. They have karst ham, gnocchi with venison and rizi-bizi, a take on the Venetian risotto with smoked ham and peas. Their classic fuži pasta is thicker than any Italian pasta I’ve eaten, rich with egg yolks and stodgy but in a good way. It’s served simply with butter and shaved truffles. Being on the coast, the fish is fresh and good – fish stews and ribe na savor (cod, onions, vinegar) appear a lot. And in keeping with the theme of my trip so far, lots of very good white wine (look up Malvasija).

While in Koper, the largest – but not very large – city on the Slovenian coast, I met up with Tatjana and Mitja. A lovely couple who head up the region’s Slow Food movement. They have a guesthouse up on a hill in a nearby small village. The food they produce and make up there is incredible. 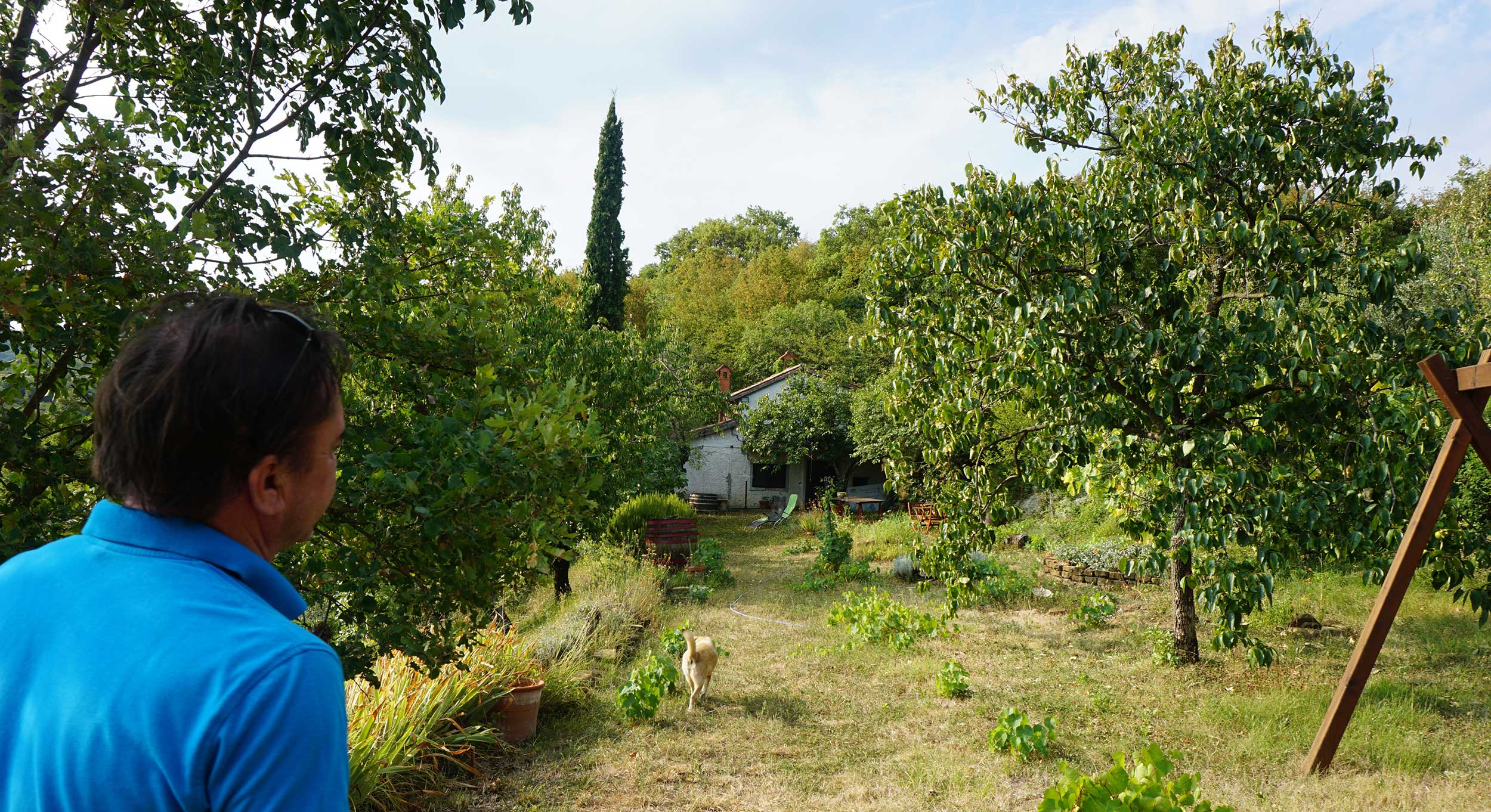 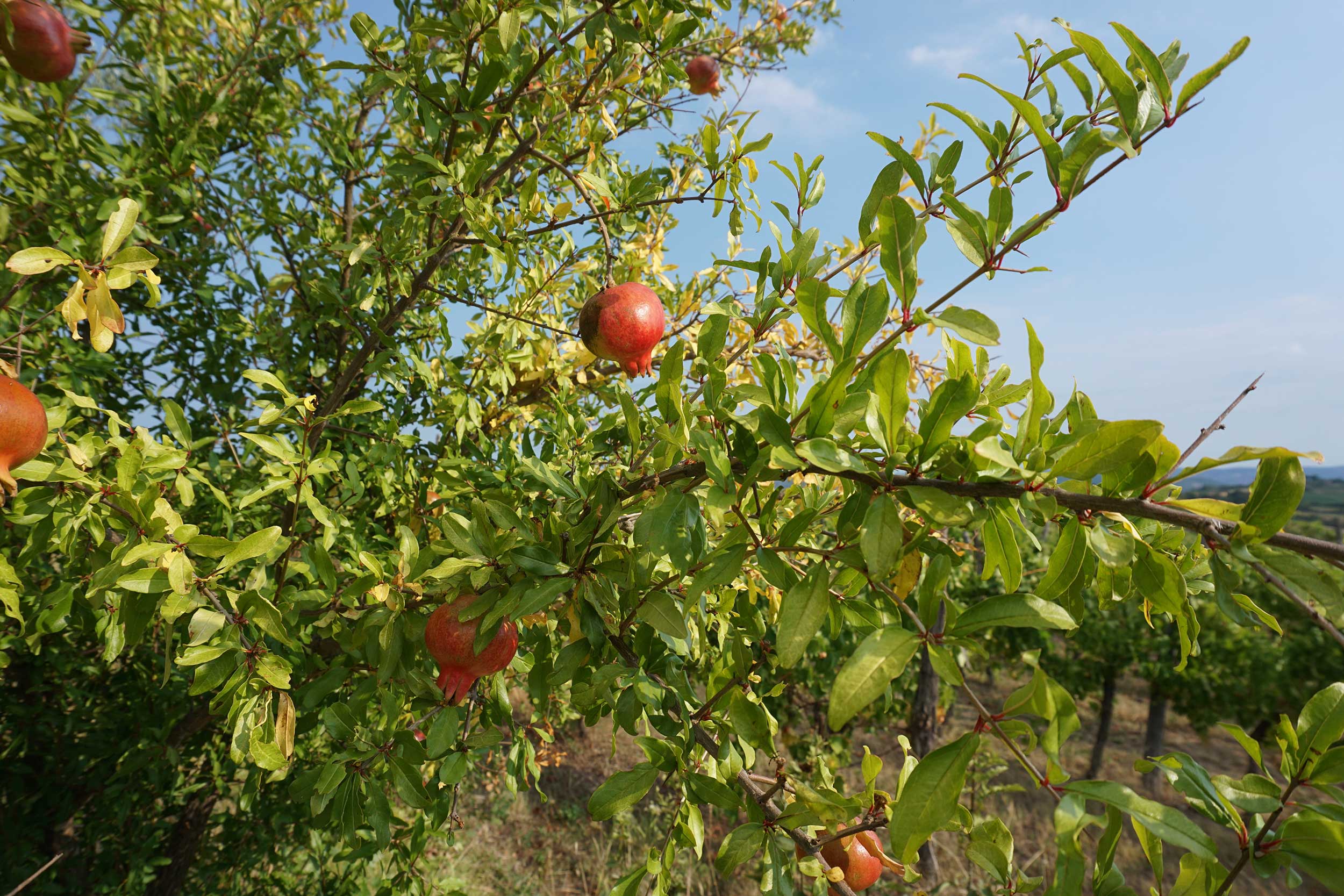 They have acres of land with olive trees, vineyards, bee hives, veggie plots, fruit trees (amazing figs!) and a huge herb garden. Melissa and mint, rosemary, savoury and thyme, aloe vera and helichrysum are some I remember (there were loads more), which they use in the kitchen or for making creams and ointments. 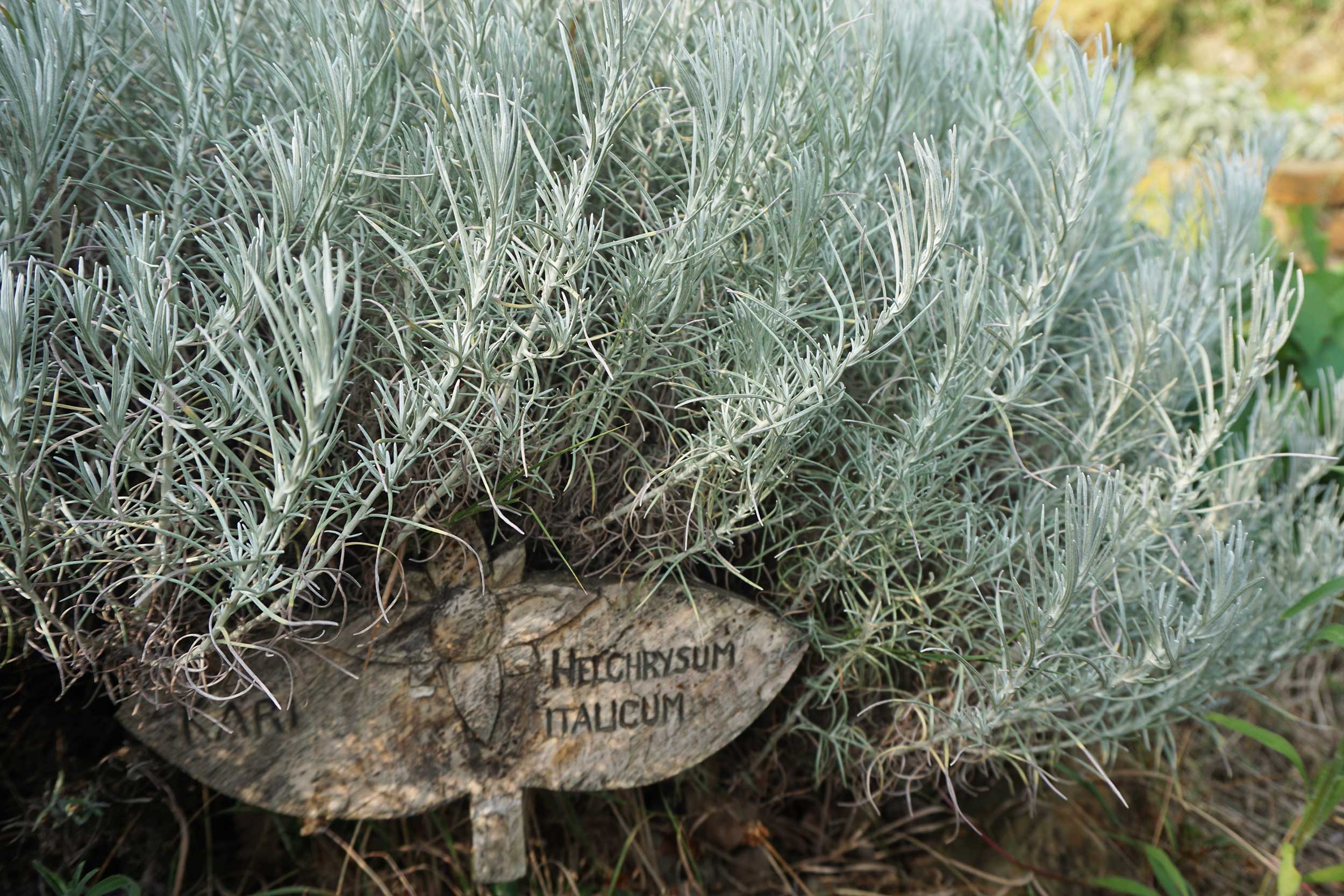 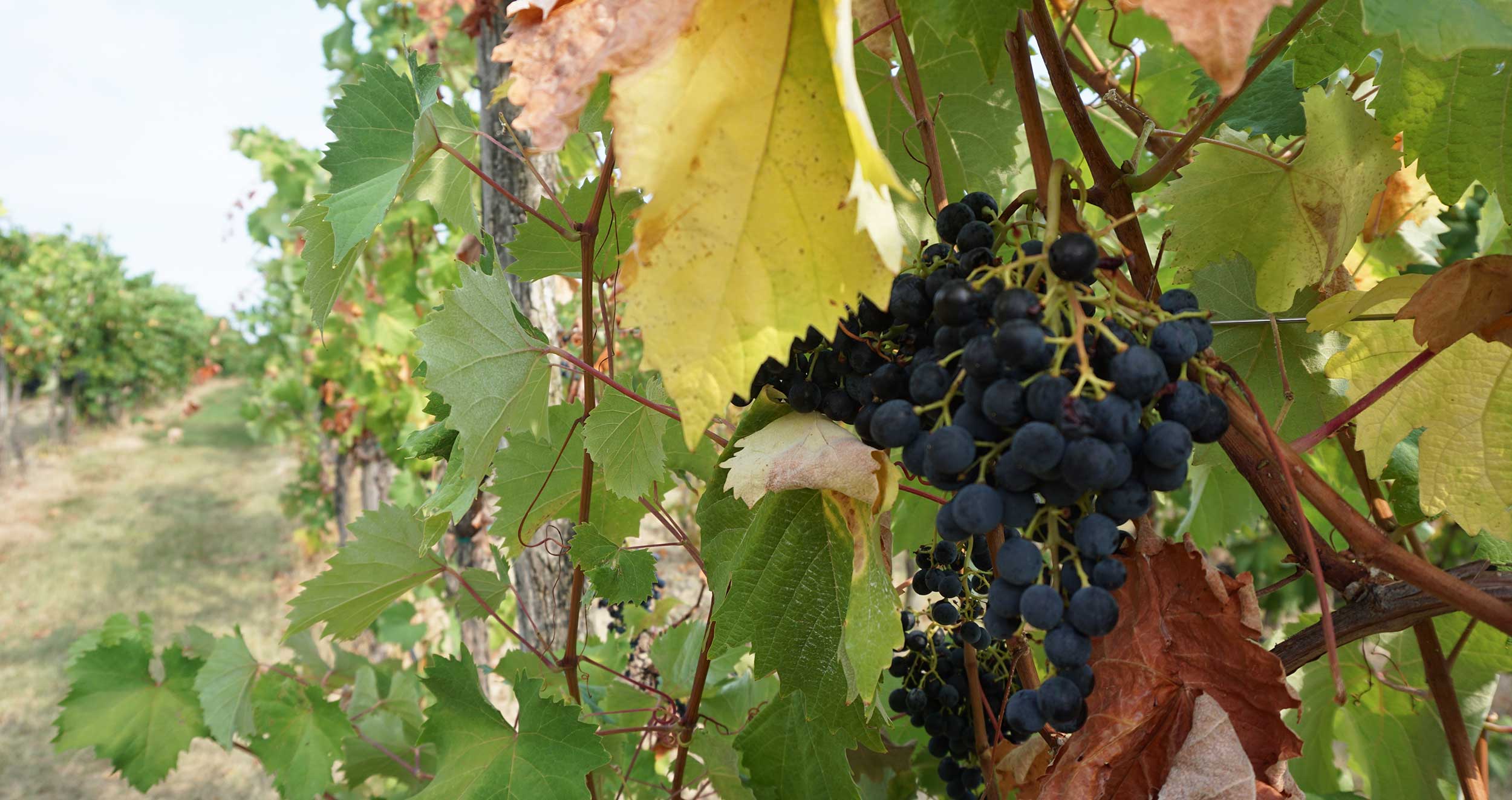 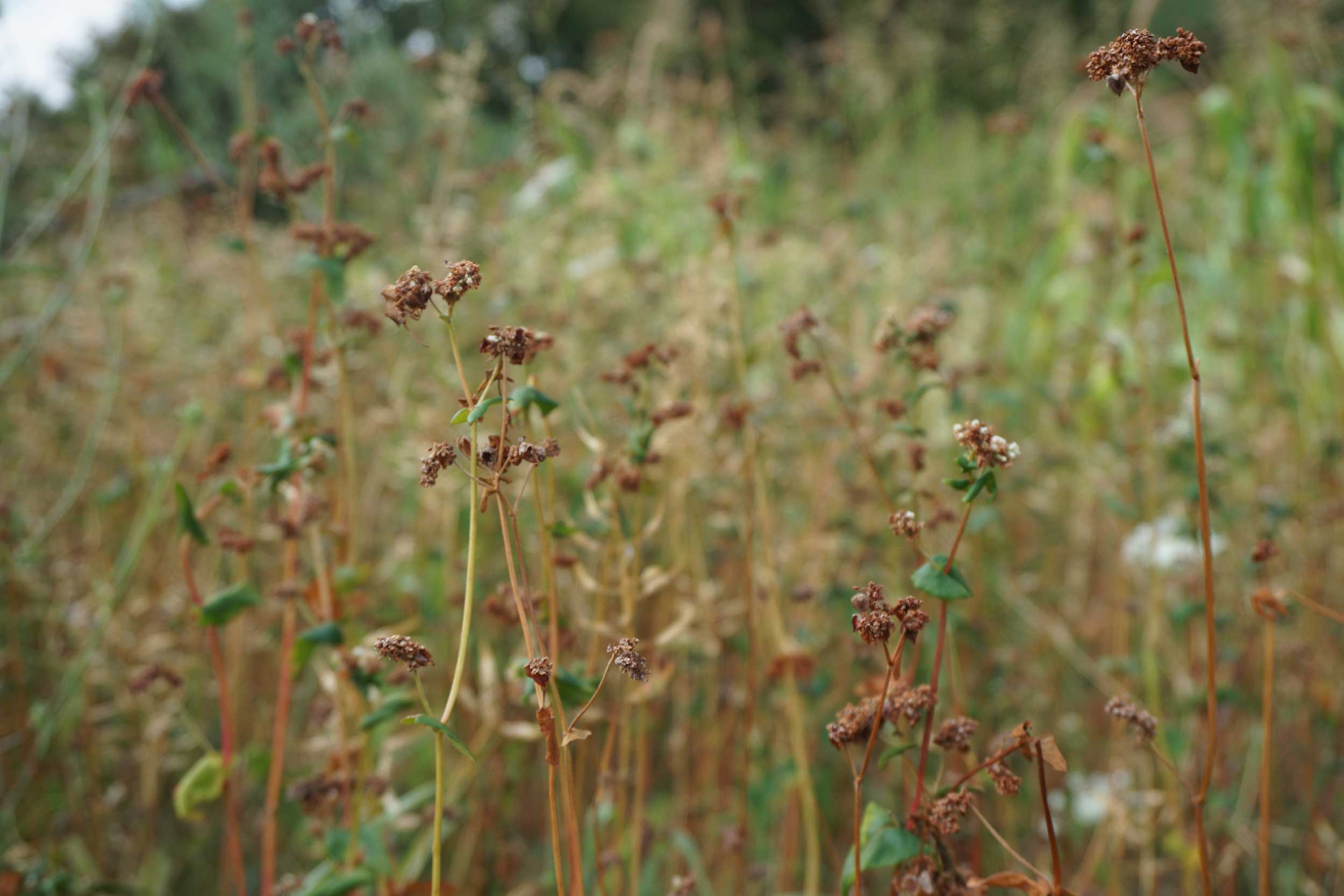 Buckwheat is hugely a common ingredient in Slovenian food. The bees love them too. They use the flowers for tea and the rest for green manure. 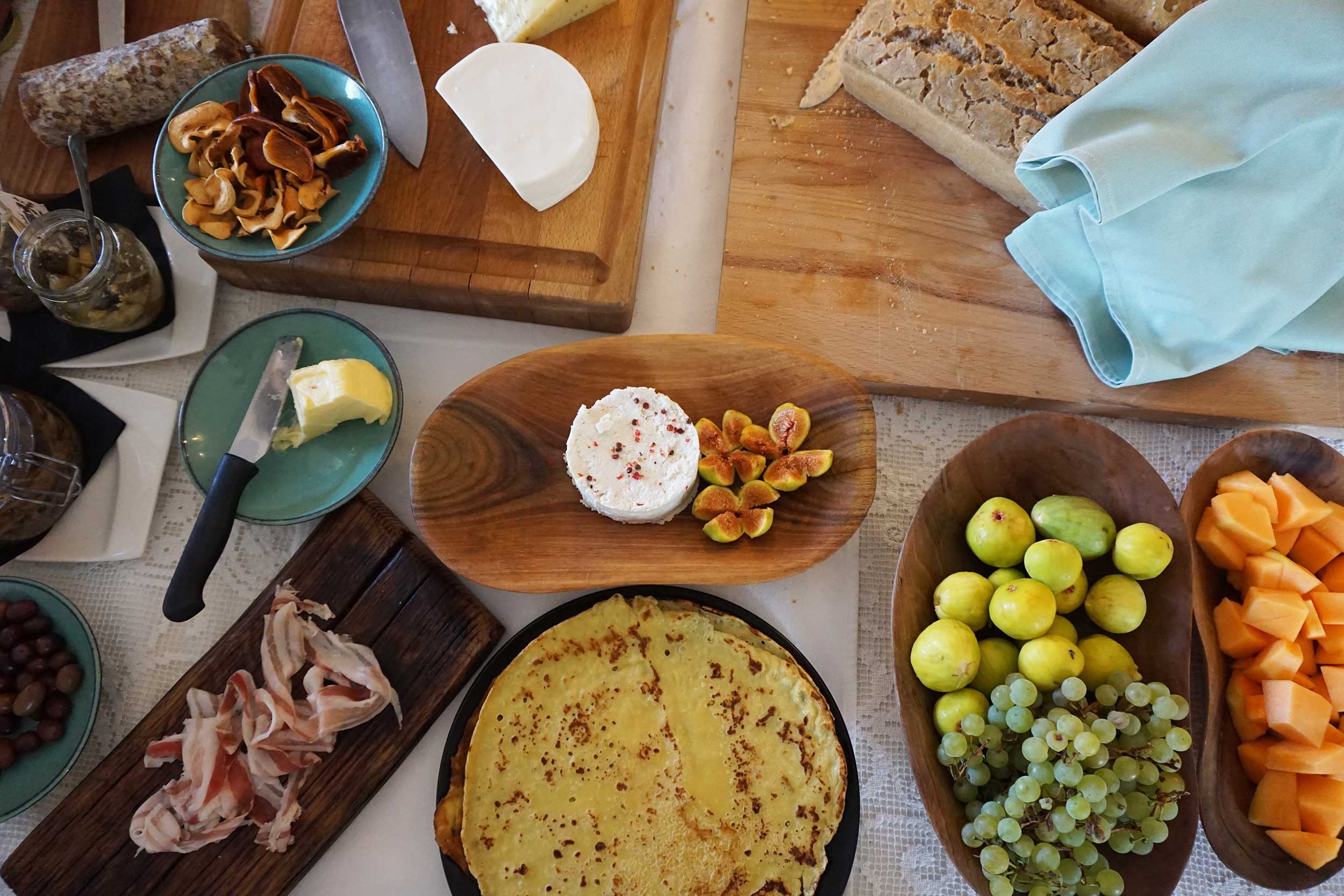 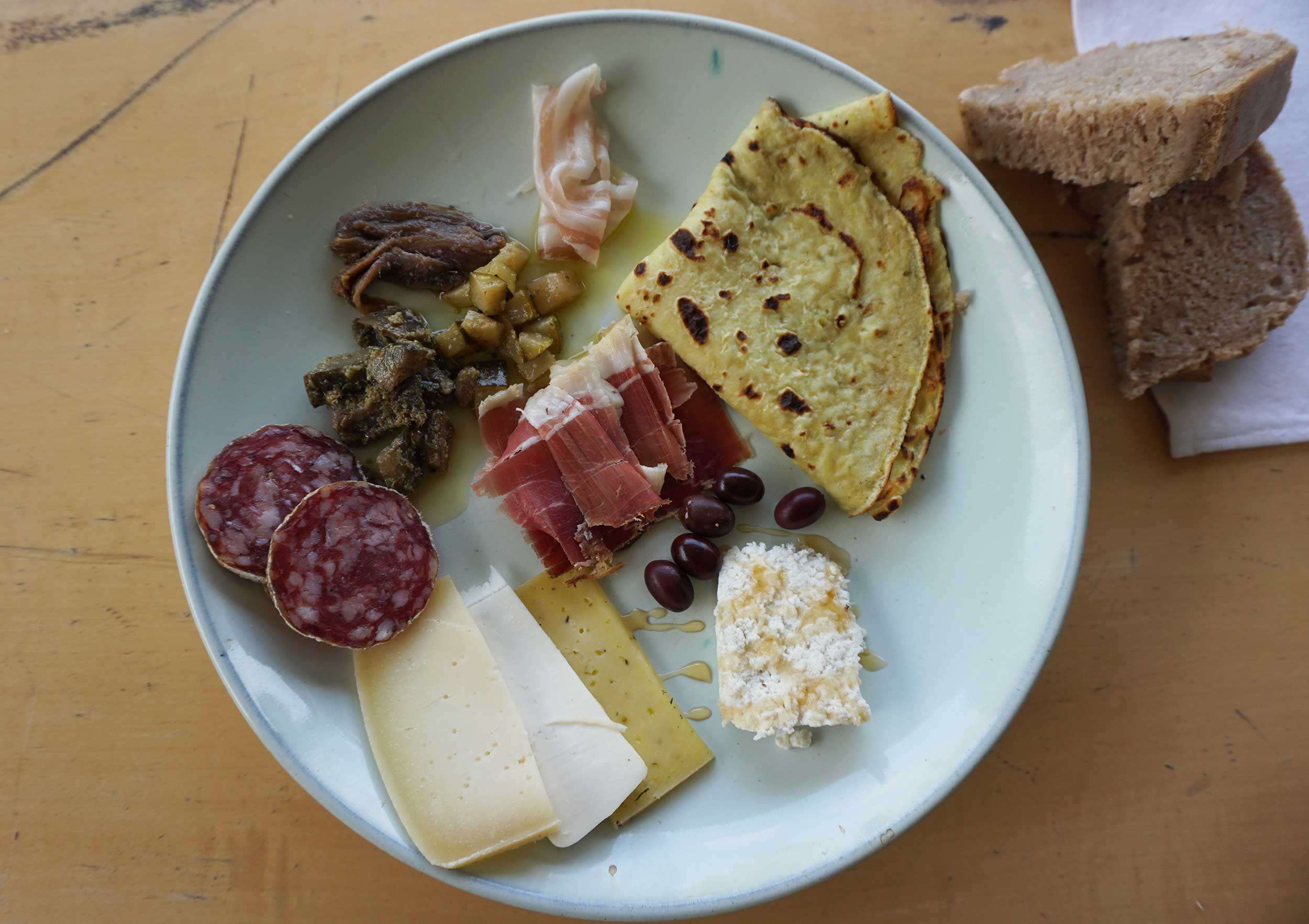 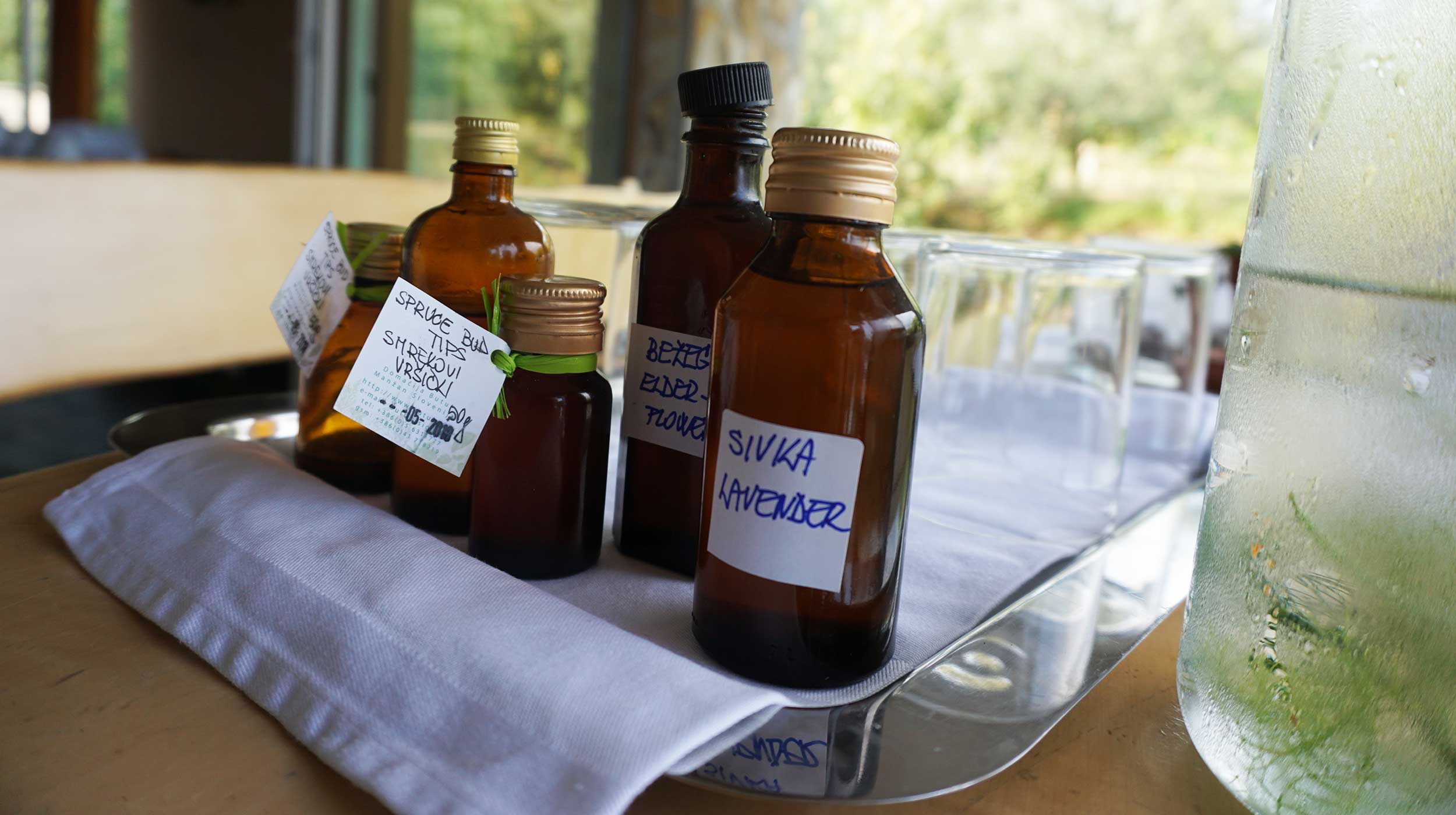 If you’re in the area, you really really should go. Here’s the link.

Further inland, in the mountains nearer the Croatian border, farming is clearly in decline. I volunteered and stayed in a small self-sustainable community in a hamlet at the top of a mountain. The little village is called Hrvoji, but it doesn’t show up on Google maps (if you want vague specifics, it’s pretty much here). To get there, you wind through small, almost deserted villages, forests and fields until you get to the very top. 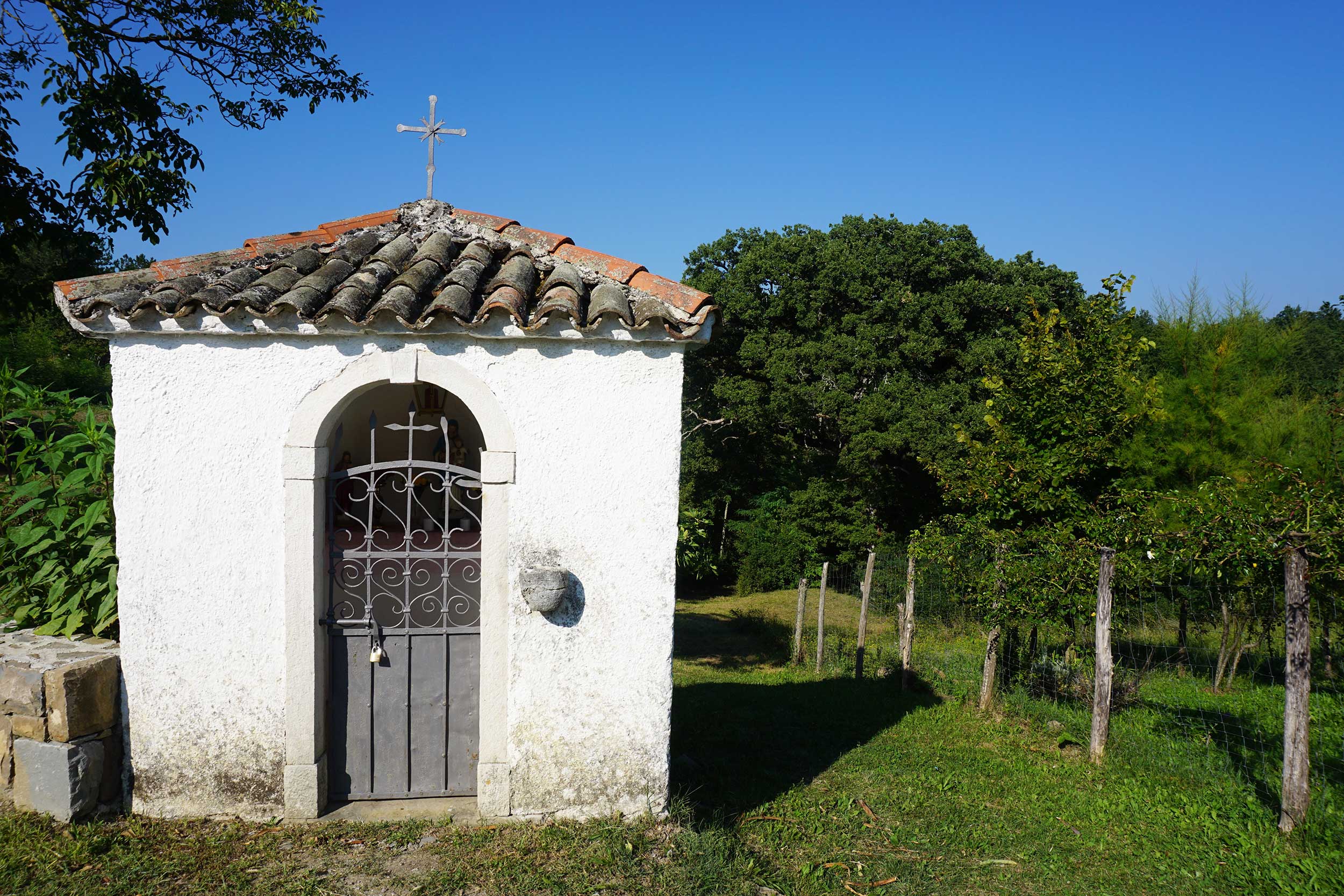 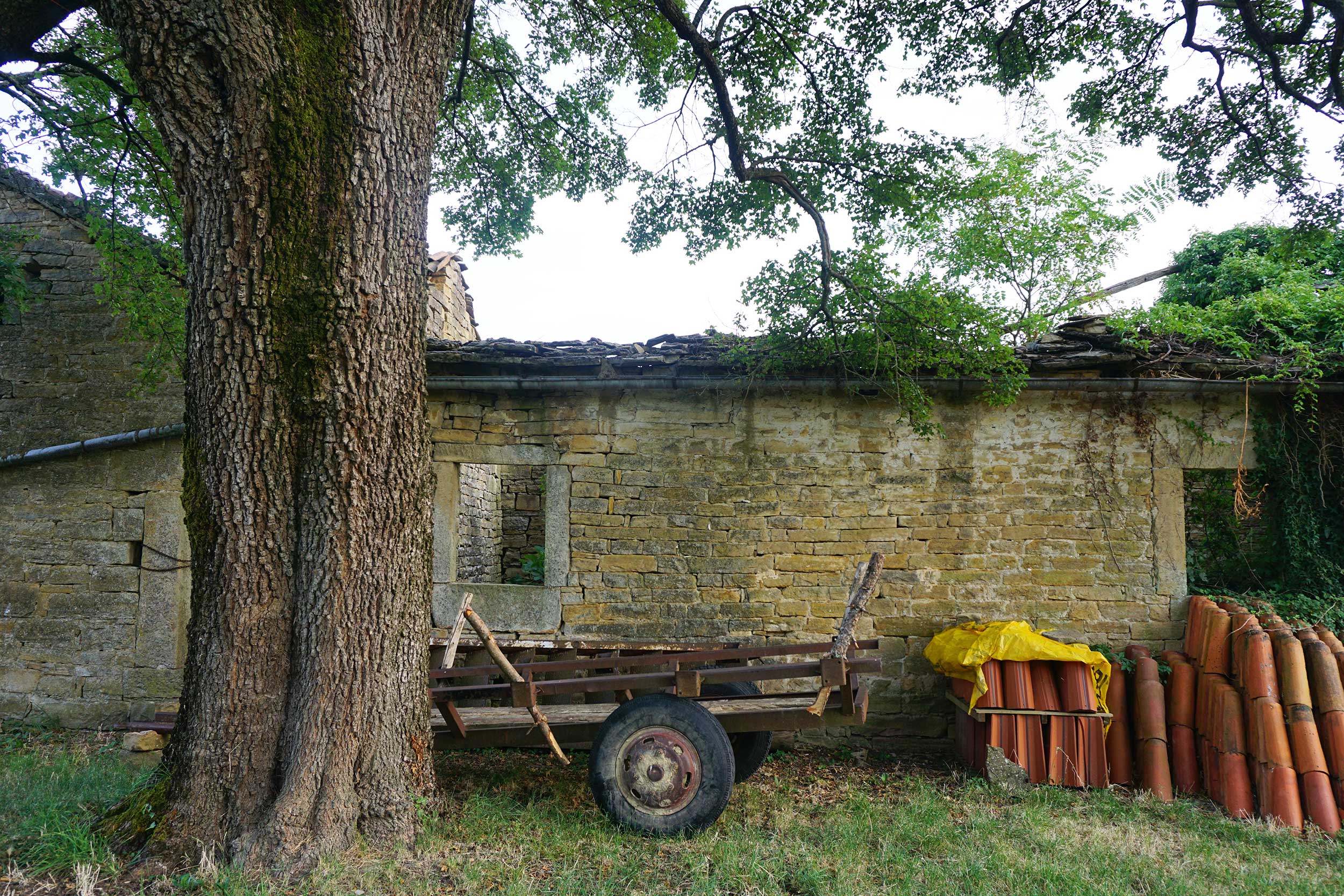 Many of the farmhouses are crumbling and deserted. Old tractors, overgrown barns and unused fields are a common sight. 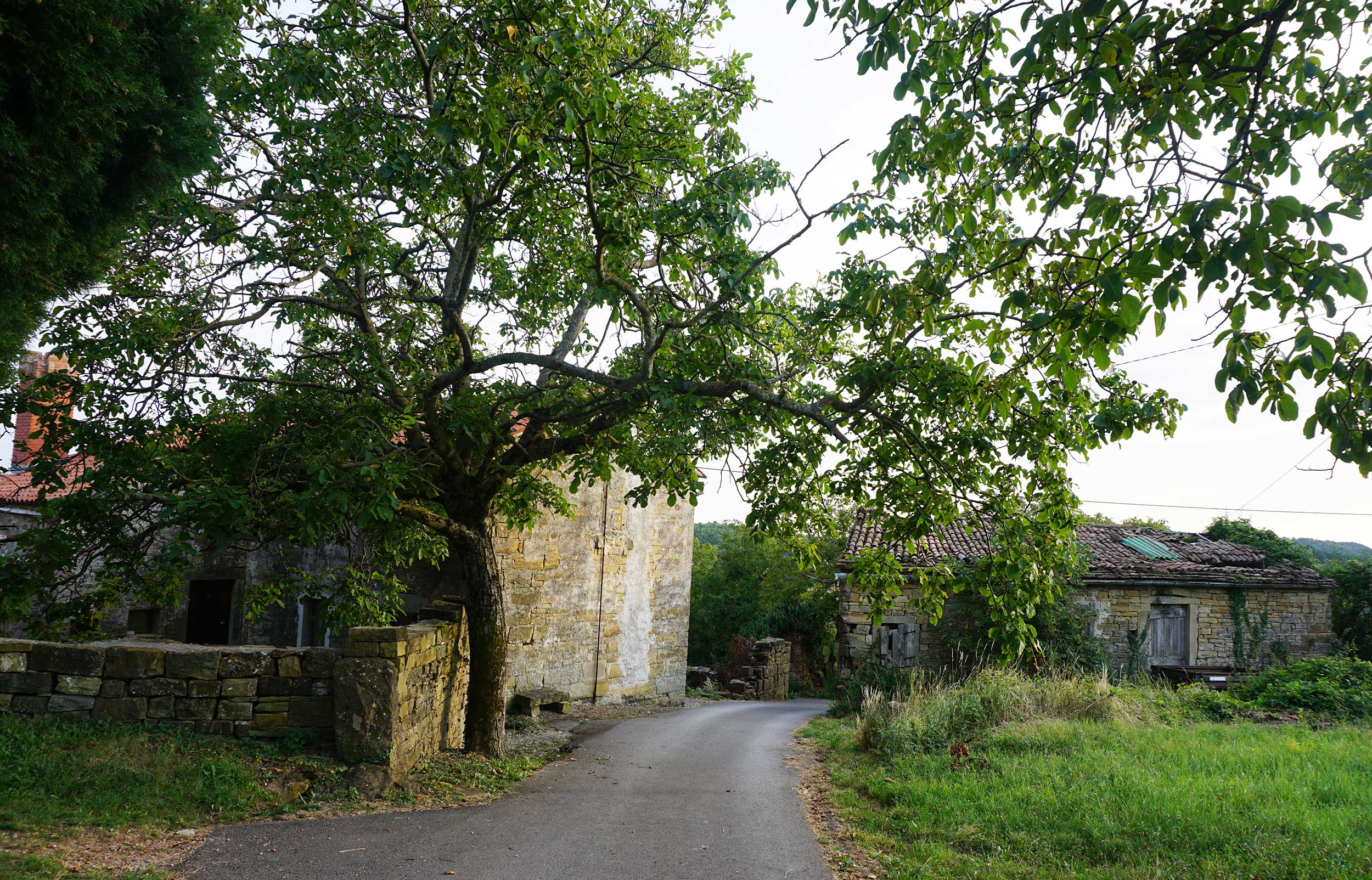 We’d spend many of our days helping locals in the field and eating in their homes, and it’s only then that I realised how much everyday people still produce at home. Lunch will come with wine in old plastic bottles, donated by some friend in the next village. Vinegar and olive oil is made at home. Most families have their special truffle-hunting dog for the region is full of both black and white varieties. The leftovers are stored in their freezers until the truffle season rolls around again. I’ve had more truffle here than anywhere, grated onto thick fuži pasta or soft cheese with plenty of local olive oil. 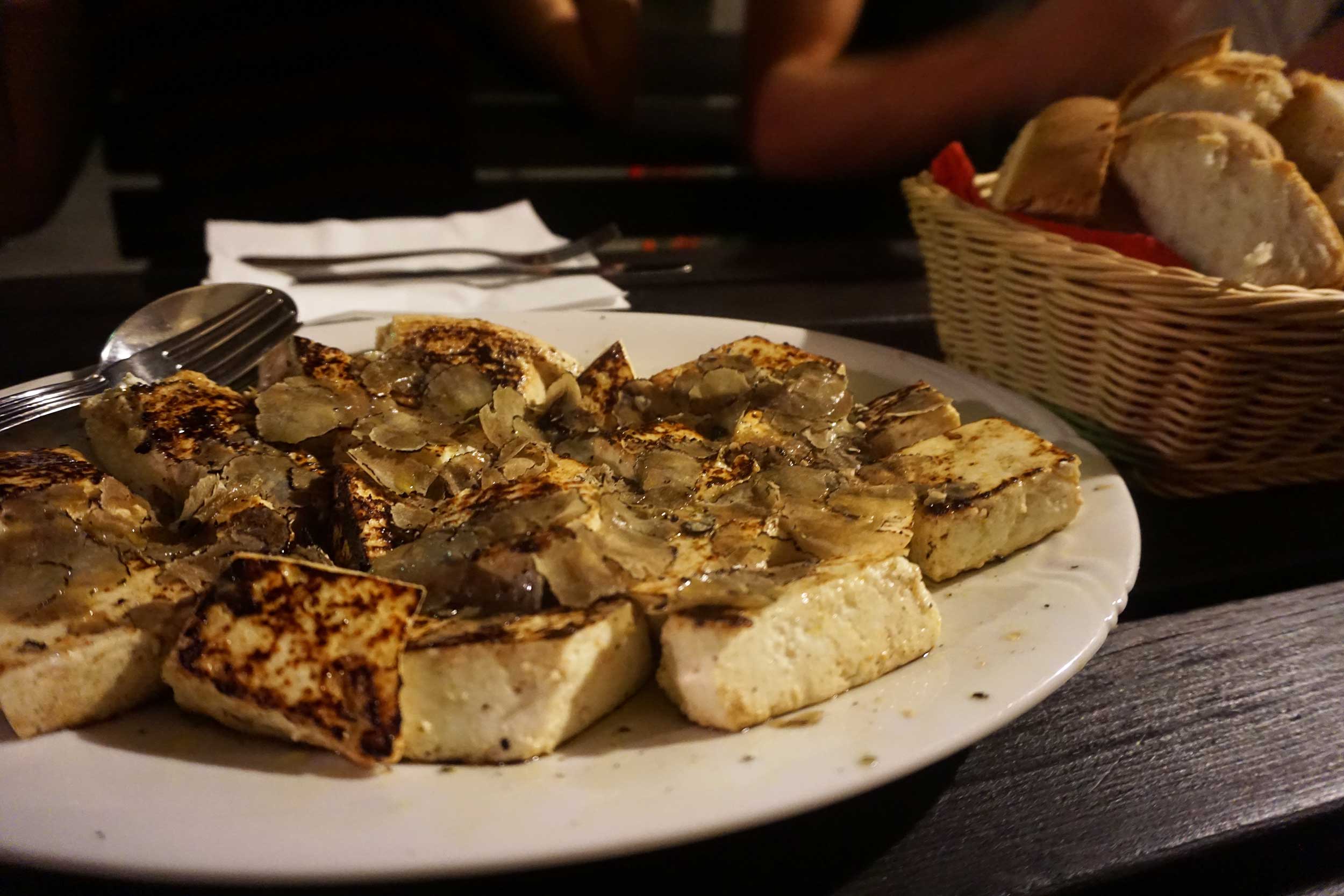 Southern Slovenia has been a surprise to me. The families that are left in the area are just doing what they always have done, growing and conserving and producing their own, and I wonder when you look at the quality of what they make, why it’s not celebrated more.